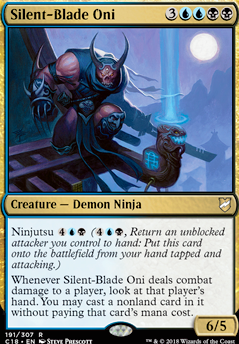 Ninjutsu (. Return an unblocked attacker you control to its owner's hand. Put this card onto the battlefield from your hand tapped and attacking.)

Whenever Silent-Blade Oni deals combat damage to a player, look at that player's hand. You may cast a nonland card in it without paying that card's mana cost.

Ninja's (I think)
by Dr.Gibbles

Ghost of Kamigawa
by MTGSmith 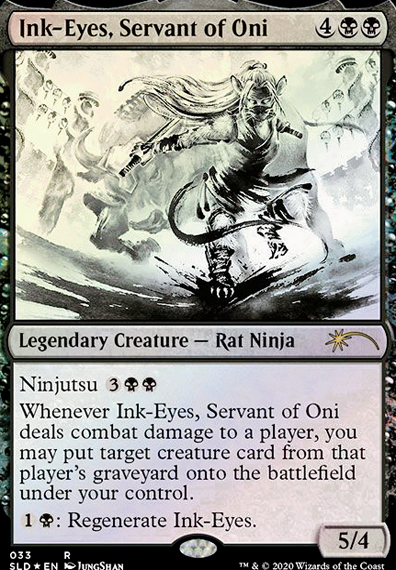 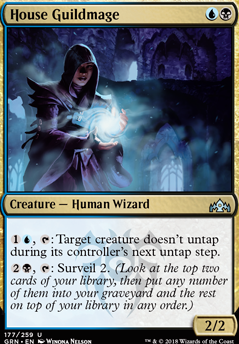 King of Thieves
by GrandpasMagic

Okay tested it some. Few 4Pods and some 1v1. It does Pretty well and on a 1v1 it does even better. Here are some things I've added.

I felt these are too clunky and cost alot. They are based with attacking I wanna MILL.

Bitter Ordeal Hard to find and am on the fence about it.

No Mercy And another..

Hope this help a little Once I get in-front of my deck I'll add more info this is just my thoughts.

Hi, I really like the deck. Silent-Blade Oni is a decent card, despite high cost, fits very well with the commander. From Modern Horizons, Archmage's Charm is good for a Sol Ring, and has other options, and Fallen Shinobi is also a nice card along the same lines as Silnt-Blade. M20 has the Agent of Treachery as well, almost a must have.