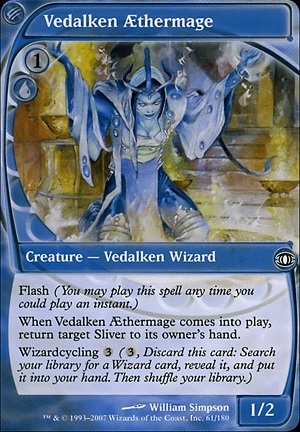 When Vedalken thermage enters the battlefield, return target Sliver to its owner's hand.

Wizardcycling (3) ((3), Discard this card: Search your library for a Wizard card, reveal it, and put it into your hand. Then shuffle your library.) 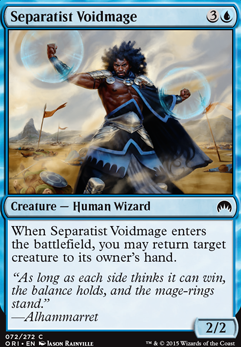 Tokens, Tokens of Tokens
by Fralve

This is a really nice list. You might like these: Artificial Evolution, Tribute Mage, Spellseeker, Merchant Scroll, Vedalken AEthermage, Elite Arcanist, The Chain Veil, Rings of Brighthearth, Strionic Resonator