BlueSnakeMagic personally iâd be going with 22 lands. Mainly iâd suggest not playing as many copies of the legendary land either - drawing second copies of it when you need land will suck. 1 copy should be plenty imo.

Splashing for Skaab Ruinator feels good. Youâd prolly also want to then include Hedron Crab for self-milling (and buffing it by including as many fetchlands as you feasibly can afford). Blue is also good for Glimpse the Unthinkable, though it would mean you wouldnât be able to run your companion.

I would avoid Mirror-Mad Phantasmâ¦ its mana cost is waaay too high to be useful, and its very easy to kill before it can use its ability.

This is fair. Never really been sure how to finagle with land count but... That is fair. Any suggested number.

(Also noted. I forget 'outside of the game' means sideboard, it's not super common I see it)

Also also- Thoughts on splashing blue for Skaab Ruinator or Mirror-Mad Phantasm, namely the latter for a massive surge?

RambIe on Creatures to copy with Riku?

Mirror-Mad Phantasm , just make sure you have a Laboratory Maniac , Jace, Wielder of Mysteries , or a Thassa's Oracle 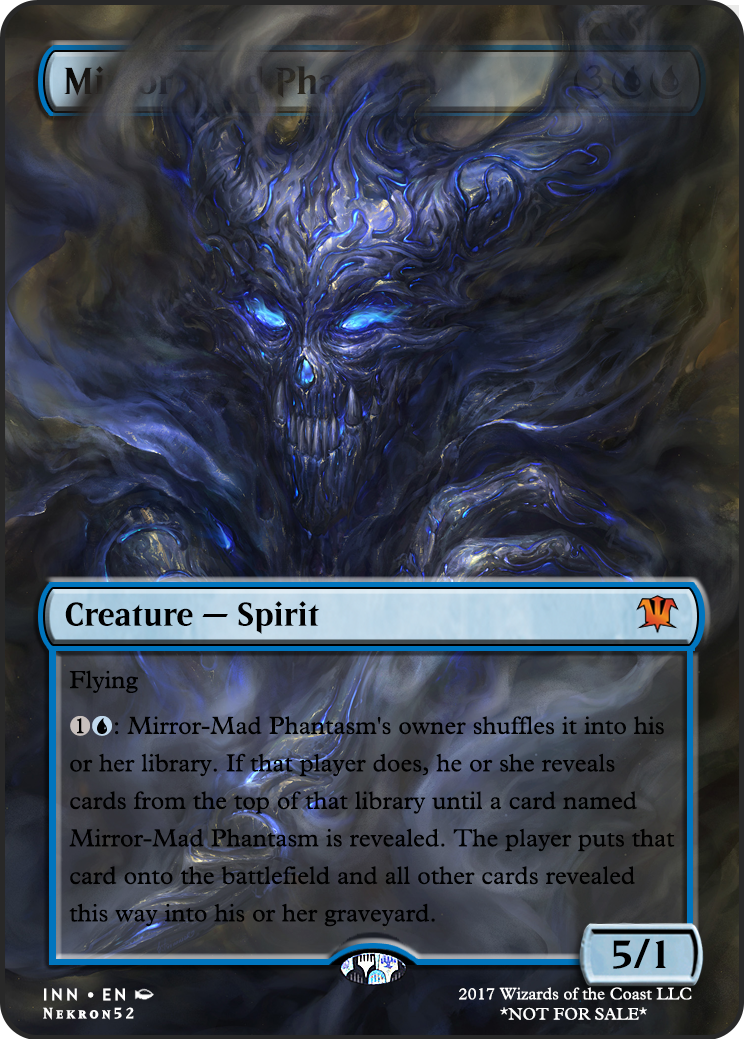