-Counter target sorcery spell. - Destroy target creature with power 2 or less. - Look at the top three cards of target player's library. Put one back and the rest into that player's graveyard.

Dimir Charm occurrence in decks from the last year 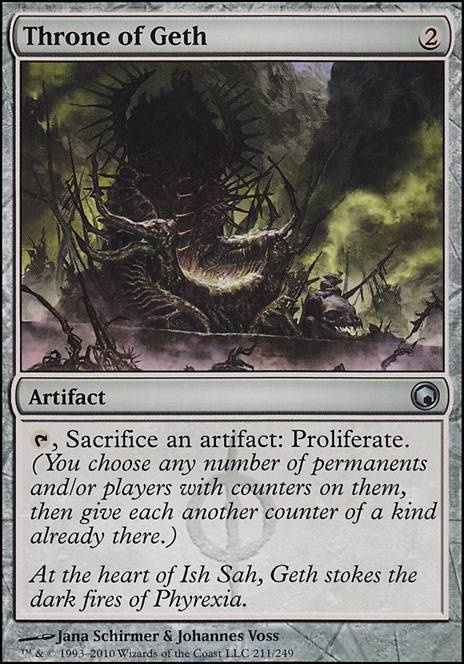 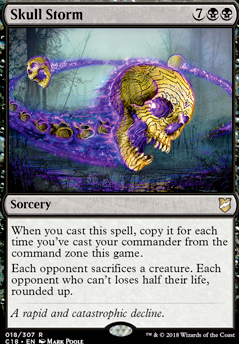 I got halfway through your analysis and realized itâs off. You think Dimir Charm is a âgenuinely goodâ card. And thatâs just patently false. Even back in RTR standard, people didnât play the card.

This is the response from people during standard where Dimir Charm was legal. Sure, Dimir charm is INTERESTING, but itâs not good. And thatâs where your analysis falls flat.

Skip to second large paragraph for thoughts on how to change card design.

I find myself losing interest in the game because the part of it I liked most, diving deep into card databases to search for weird interactions or old cards that combo with new ones, is disappearing. Deckbuilding seems to be very simple and just pairing the best threats with the best answers and the best fixing. I think instead of increasing the power level outright, WotC has slowly pushed cards so everything is at the same power level. Tarmogoyf is sometimes, but not always, better than Gurmag Angler, Path to Exile is sometimes better than Fatal Push, and so on. Turns are more explosive and longer, games seem to be effectively won or lost in the first three turns of the game, and every individual card matters less. Also, genuinely good and interesting cards like Dimir Charm become bulk junk because efficiency is literally all that matters and there are too many efficient cards out there (no one's running Dimir Charm in Pioneer as Fatal Push 5-6). Even the Against the Odds series is just one somewhat janky card that's fit in with 10 tutors and 20 support card. There's no incentive to truly build around a card or innovate anymore.

I'd really like it if WotC made the game more about resources than the kind of rock paper scissors with threats and answers that I see now. My suggestions are to: 1) Put fewer lines of text on most cards to make the few engines and mana sinks that do exist in any one format more powerful individually, but more fragile because the deck relies on them more. 2) Aim for shorter turns and more turns per game (so, players would have to pick and choose how to spend their turn interacting instead of being able to do everything at once). So fewer explosive "I win" turns and more tight, down to the wire, will I draw a removal spell, threat, engine, etc. in time games that rely on an efficient use of resources. This would come in the form of higher activation costs, fewer activated abilities, fewer draw cards (every color but white has tons of options now), and weaken count to 20 aggro so those decks become more D&T than Burn.

Do you prefer newer card design to older card design? Is there a difference? Is how decks are built changing?

Personally I think it's a little underrated. Even if Drown in the Loch is a bit better, Dimir Charm is still perfectly functional, and modal cards are usually a little better than you think they are. Though mode 1 is a bit too limited, it's still nice to have access to, as already pointed out, and mode 2 is a perfectly good kill spell most of the time, but mode 3 is where it's at. If you look at it a certain way, it's very nearly a Fateseal 3, and if you need to, you can even use it on yourself, either to dive for a certain card, fuel delve spells or whatever. I actually use two of them in my modern mill deck, Waste Away

I ran across Dimir Charm while building my pioneer Esper control list. Anyone else feel this may be playable? The removal hits a lot of things we see in pioneer deck lists. The counter can be relevant in a few matchups. The pitch cards to the grave lets you foil some game plans and set up your opponentâs next draw.

Does the existence of things like Drown in the Loch and Fatal Push just make it worse?

As far as budget alternatives, here are my suggestions:

As for your suggestions, I kind of like Archmage's Charm for the utility of its second mode. The only problem I have with it is its mana cost which can sometimes be awkward, making the spell not always consistent. I don't really like Dimir Charm . It's first mode is rarely useful as oftentimes we want to counter removal spells directed to Lazav during our turn, and those are almost always instants. The second and third modes are okayish, but other spells do the same things better. I do get that this is a versatile spell, giving you the option to do three different things, but I believe that dedicated spells will serve you better. If the first mode gave you the option to counter an instant spell I would consider it, but as is it's not ideal. Also, I'm not a huge fan of Force of Negation in this deck. The moment you want to be able to counter spells is often during your turn, when you are trying to kill a player and that player is trying to disrupt you. In that case, Force will be useless as it won't be free. On the other hand, it's also true that if you manage to kill an opponent, chances are you are forced to tap out. This leaves you vulnerable to disruption during the other players turns, and in this case Force will come in handy. I don't know. I'm not fully convinced, but I could change my mind.

I will be checking your own deck and give you some feedback!

Working on my own build, using your list as heavy inspiration. I love it, and can't wait to kick ass with it. Do you have any budget options for some of the higher priced cards? If you'd be so kind to check my deck out, I'd appreciate it. It's Dirty Shapeshifting Tactics.

What are your thoughts on Archmage's Charm could be handy as a utility counter spell. What about Dimir Charm , which can be used to get rid of pesky, small creatures, take care of a sorcery, or manipulate either your or your opponents top deck. And Force of Negation seems like a perfect card to have in the deck.

1/ Remand - I really enjoy these quirky tempo cards and the tempo archetype is exemplified by this card.
2/ Ephemerate - I like blinking a lot as a mechanic and this does it twice.
3/ Dimir Charm - so many good options on this one, it is quickly becoming my number 1 charm.
4/ Delay - similar to number 1, I like quirky counterspells that require a certain deck to be good.
5/ Fact or Fiction - i like interactive cards like this one.
6/ Brainstorm - a classic card that needs no introduction, but requires a lot of skill to master.
7/ Selvala's Stampede - the Conspiracy multiplayer mechanics are one of my favorite and this card has won me too many games.

8/ Venser, the Sojourner - simply the best planeswalker ever. Too bad he dead.

Mill your friends away

Circu, Dimir Lobotomist would just add another dimension to this deck.

I would want a few more removal spells, like Fatal Push .

Glimpse the Unthinkable is useful in any mill deck.

Aid the Fallen can get spells back from the graveyard.

I would definitely try to work in Ashiok, Dream Render .

Other non-mill cards that I would consider are Thief of Sanity (disrupt), Telling Time , Dimir Charm , Spark Double , Kaya's Ghostform and Narset's Reversal