-X: Put a creature card with converted mana cost X exiled with Ashiok, Nightmare Weaver onto the battlefield under your control. That creature is a Nightmare in addition to its other types.

-10: Exile all cards from all opponents' hands and graveyards.

Ashiok, Nightmare Weaver occurrence in decks from the last year

Dreams to Nightmares
by goldenageredtornado

What's Yours is Mine EDH
by DopelessRomantic 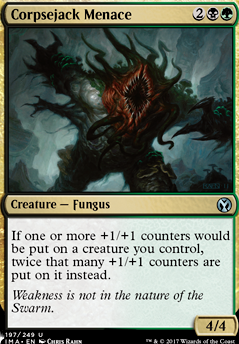 Whenever a spell or ability targets you or a permanent or spell you control, Norin, Panicking deals 2 damage to its controller.

Whenever a creature attacks you or a planeswalker you control, Norin, Panicking deals 2 damage to its controller.

I think he's rather relatable, just shocking any and everything that tries to hurt him. I designed him to be an enemy to Ashiok, Nightmare Weaver, as even their other cards (Ashiok, Sculptor of Fears, Ashiok, Dream Render, and Ashiok, Nightmare Muse) all require targeting or attacking a particular player, also Norin is a coward and AShiok is basically the boogeyman, so they seem diametrically opposed.

I'd like to see another Lukka, Coppercoat Outcast card! (as a planeswalker, not on Ikoria)

Kaya, Orzhov Usurper +1 to exile, -5 to deal damage from exile.

If you decide to make a separate Nightveil Specter deck consider esper and use Athreos, Shroud-Veiled

love the idea of putting coin counters on their creatures, then getting to use them against my opponent when they die.