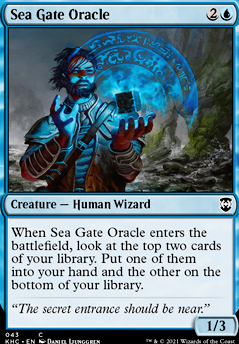 Flicker Me This (Yorion) Casual
by RC27 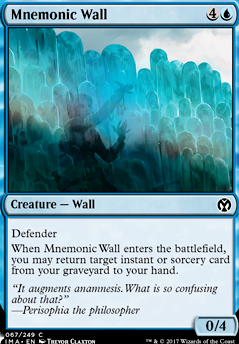 I added a little bit of extra context to my discussion of the stasis win in the primer. As far as cards go-

Swamp OUT Pyre of Heroes IN

Since the implementation of the London Mulligan I've found that I can often get away with 36 lands. As for pyre, its just too good not to go in their. Not only does it give us tons of utility (ex. saccing that Sea Gate Oracle we no longer need for an Archaeomancer to recover Cyclonic Rift from our graveyard), but it can help us to cheat our our combos. Its much easier to sac our Mercurial Chemister for Wanderwine Prophets than to have all the mana we need to protect it. While testing will show the truth, my belief is that Pyre of Heroes will be one of the most important cards printed for this deck since the Ixalan block.

Mystic Confluence OUT Counterspell IN

I love confluence, but Sublime Epiphany and Cryptic Command out class it, and I really don't have room for three expensive counterspells in here. Going back to the original will do us just fine!

Thinking about Disciple of Bolas. I agree that most of the time it would draw me a good amount of cards, but I donât know what I would switch it for, all the cards in my card draw slots, are already performing well. Maybe Sea Gate Oracle?

Gattison, it would be a pleasure :)

Otherwise, yes, you have correctly recognized Augur of Bolas as the worst card in the deck. I want a defensive early creature to help stave off aggro and have wandered between Augur and Sea Gate Oracle, but the owl suggestion leads me to believe that Omenspeaker is the best choice for that slot.