When Cloudkin Seer enters the battlefield, draw a card. 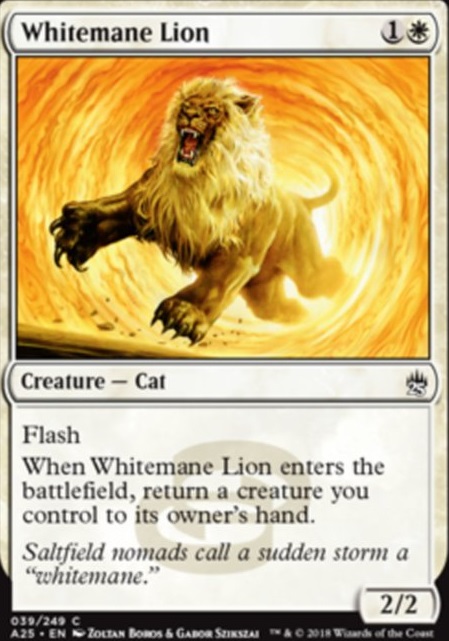 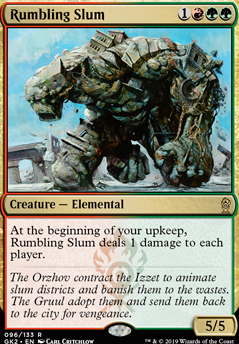 Her Majestic Divinity, Fish-God
by __haunt 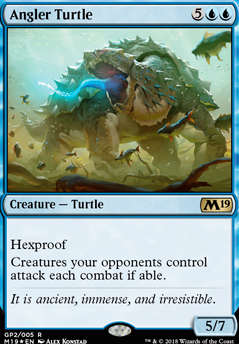 Perfect, Now Do It Again
by GrapeLightning 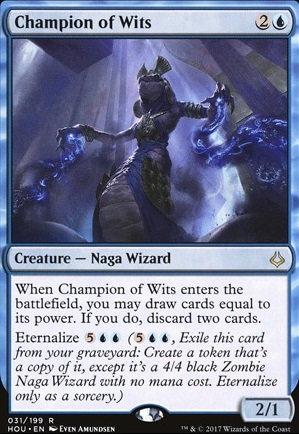 Skyler1776, while I appreciate the suggestions. I'm not too sure how any of them but Cloudkin Seer would really fit what I'm trying to do. The goal of the deck is to trigger Happily Ever After and win. Everything currently in deck is directly contributing to that specific condition. I am, however, far from perfect and you may be seeing these cards fit in a way that I am not. If you can, please let me know what you're thinking is because it may change the way I'm looking at it as well.

Hey, your deck is in the Unknown format. In the deck editior change the format to Commander/EDH. In the deck list you have left out Inalla. When you add her type CMDR after her name to make her the official Commander General of your deck.

There's 2x of each of Cloudkin Seer and Tomebound Lich which you can't have in Commander. Only 1x of each card except basic lands is allowed.

Make these changes and I will give you additional help if you would like.

Good improvements. But Cloudkin Seer is strictly better then Tome Raider . If you want to try another walker in here Vraska, Swarm's Eminence or Kasmina, Enigmatic Mentor or Dovin, Hand of Control will help you bide your time. Keeper of Fables could get you more card draw. Silverback Shaman is ultra cheap less then 20 cents. Gargos, Vicious Watcher while you have no synergy and comes in at around 50 cents is and 8/7 for 6 mana.

I see that you are trying to go competitive, but you missed the point of tribal decks. Instead of using cards that are perfect in your strategy, you are mostly restricted to a creature type so that your bonus providers matter.

With only 15 ways to get an Elemental, and two of those being land, it is highly unlikely that Omnath, Locus of the Roil will ever get more than three damage at best.

Risen Reef doesn't do much for you either. Because Nissa and your walking land don't enter as Elementals or make tokens, they can't trigger it. You might as well have built a weak Temur Landfall deck.

If you truly care about going Tribal, I strongly recommend ditching Rogue Refiner for Cloudkin Seer , Harnessed Lightning for Lightning Strike , Scorching Dragonfire , or Lava Coil (Because you lose Rogue Refiner ), and throw in Omnath, Locus of Rage to replace some Hydroid Krasis es.

Not many people know this, so be glad I'm telling you. If you have Omnath, Locus of Rage and 2-4x of Risen Reef out on the field, then by simply playing a land, you will draw/play your entire deck. You could abuse this by giving Elementals haste with Temur Ascendancy or Scampering Scorcher , or by using Omnath, Locus of the Roil to deal around 16-22 damage with the E.T.B. trigger.

Just some suggestions, but in the world of tribal, you need to maximize your bonuses. The lack of any +1/+1 or +1/+0 bonuses was odd. Not exactly sure what you are going for.

Yeah, I did end up removing Cloudkin Seer . I kept Risen Reef in there for quite awhile, but in the end I think that Charming Prince is more useful. So that's it for the Elementals. I ended up removing Faeburrow Elder though because the 3 cost for a 2/2 was a little too slow (which is what he usually came out as).

I'm not convinced by the elemental subtheme here, honestly. It seems like you're trying to stick a lot into the same deck. I'd cut a few of them, starting with the Cloudkin Seer s, and add another Faeburrow Elder and Feather, the Redeemed .