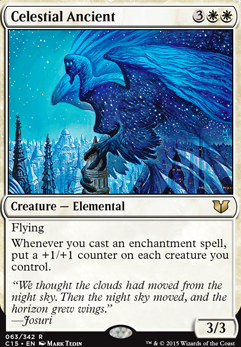 Whenever you play an enchantment spell, put a +1/+1 counter on each creature you control.

Estrid Stays Safe during a Pandemic
by Ottobott

Cuts that i would do: