Spawning Grounds occurrence in decks from the last year 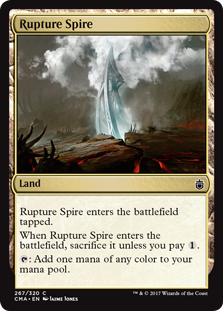 Estrid The Masky Chick
by krunchling DrukenReaps on Enchanted Evenings With Estrid...

Is there a reason you can't include all of those win cons in the deck?

2-3 eldrazi, 1 thing to make enchants/lands into dudes, 3-4 slots for a game winning combo. Unless you really focus into supporting one over the others you have 63ish spots after lands. 46ish if you include all your listed cards.

Just putting in The Chain Veil nets you infinite mana with estrid and some number of enchanted lands. Using Spawning Grounds or Squirrel Nest in there adds infinite tokens.

Estrid, the Masked+The Chain Veil+Wastes+Overgrowth+Fertile Ground+Utopia Sprawl+Spawning Grounds minus estrid to enchant chain veil then tap 4 and tap another land to make a 5/5 then activate estrids plus and repeat now use Gideon, Ally of Zendikar

Lord Windgrace. Long may he reign

Take out terramorphic and evolving unless you add more basics, Spinerock Knoll, probably Rocky Tar Pit, and Mountain Valley, Chromatic Lantern, maybe no Countryside Crusher or Cosmic Larva, Behold the Beyond, Beseech the Queen, Diabolic Tutor, Ever After (Unless you add more better creatures), Natural Balance, you dont really have a use for Doubling Season,

I feel ya--it can be easy to go off the rails with deck building. You've got some good stuff to work with here, though, so if you don't mind some less-than-expert ideas, I'll throw a bunch of ideas your way.

I like your big finishers: Phyrexian Processor, Desolation Twin, the wurms (including Sandwurm Convergence), Giant Adephage, Trostani's Summoner. You're packing pretty much all the Populate spells--that's good. Let's protect that stuff with Heroic Intervention, Eerie Interlude, Cloudshift and--if you can justify the price tag--Teferi's Protection.

Hoofprints of the Stag works a little differently from Angelic Accord, but the result is functionally the same. Spawning Grounds is similar to Sandwurm Convergence, but let's you create the token before the end step (but also any end step) which will trigger Accord. Land aura, though, so you have to weigh that. But multiples of your tokens is always better than one, so if doublers are not too hard on your budget, you can't go wrong with those, either.

Eerie Interlude and Cloudshift can also be token doublers by giving you multiple ETBs from each Armada Wurm-style creature. If you go this route, Flickerwisp, Whitemane Lion, Jeskai Barricade, Eldrazi Displacer, Dust Elemental, even Roaring Primadox or Invasive Species will all help you get multiple ETBs. Other creatures that will benefit from this strategy include Hornet Queen, Regal Caracal, and Avenger of Zendikar. I've even used Fiend Hunter to "hide away" one of these (Trostani's Summoner is best) as wrath protection.

Herald of the Host and Nacatl War-Pride are both excellent Populate targets. Timing is everything, so you have to have mana and your Populater ready before the original tokens disappear. Loads of fun when you Second Harvest a board full of NWP tokens. :D

A couple wraths are good to have despite being a creature strategy: Martial Coup has the benefit of wrathing or not and creating some soldiers, while Phyrexian Rebirth gives you a huge threat that's definitely worth populating.

Finally, Garruk's Packleader and Elemental Bond draw you cards for every 3+ power creature that ETBs for you. You can't go wrong with card draw. If you do nothing else, add card draw.