All in all, I'm actually a big fan of this superdrop. For all of them, especially in regards to the foils, the value is there. I was reading a reddit thread, and it stated that the value for them using the cheapest existing foil printing is:

I'm definitely getting the Volkan Baga and Kelogsloops ones. I run a Sythis, Harvest's Hand deck that utilizes both Utopia Sprawl and Verduran Enchantress and I still need them both in foil (~$20 and ~$60 respectively). Considering that them two cards in foil by themselves are equal to the cost of both Secret Lairs discounting shipping is 100% worth it for me imo. Plus the art on the Mystic Remora is absolutely gorgeous and I would love to have it in foil for my Oona, Queen of the Fae deck.

I switched to Tuvasa the Sunlit as the cmdr and made it mostly control with auras. The deck had tons of payoffs. Cards like Sythis, Harvest's Hand and Verduran Enchantress to cards like Sigil of the Empty Throne and Shark Typhoon. The control element complements tuvasa to go voltron pretty easily. Also multile back up strategies like Approach of the Second Sun, going wide with a token army and mill with Psychic Corrosion and Sphinx's Tutelage

SynergyBuild Huh, I've never seen that combo before. Interesting. So you abuse the stack to pretty much exile every creature you want to? That should be rather fun. I'll look into it.

As for the Satyr Enchanter , this is gonna sound weird; he was in the deck but I dropped him for Verduran Enchantress because I wanted the 'may' ability rather than the 'must' ability. I know Setessan Champion and Sythis herself are 'must' abilities, but Setessan offers a tad more than the Satyr does in buffing itself and Sythis is, well, the commander. Can't do much about her.

Astral Cornucopia and Everflowing Chalice for exponential ramp. Clever Impersonator to copy your best sagas. And overall Iâd throw more sagas in. Also the enchantress cards seem like your most reliable draw spells. Verduran Enchantress , Mesa Enchantress , Satyr Enchanter , and Eidolon of Blossoms all seem good here... and there are a few others with similar text. Looking forward to playing against this! 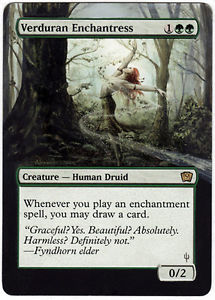 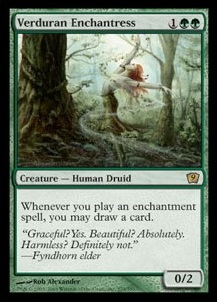 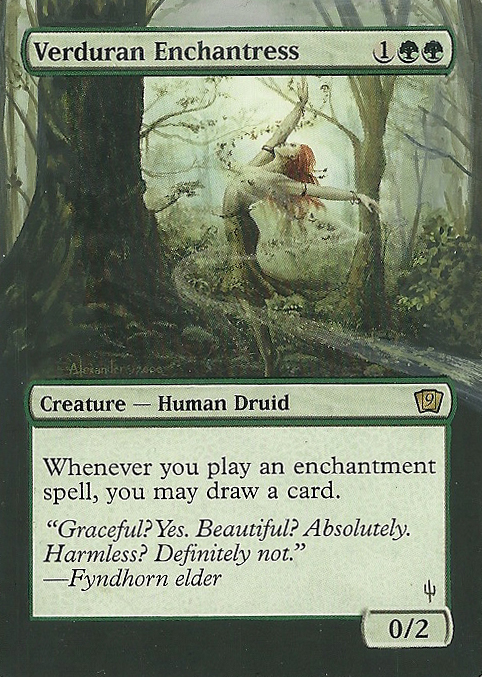 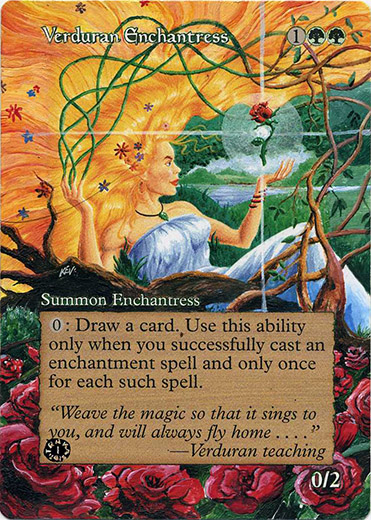 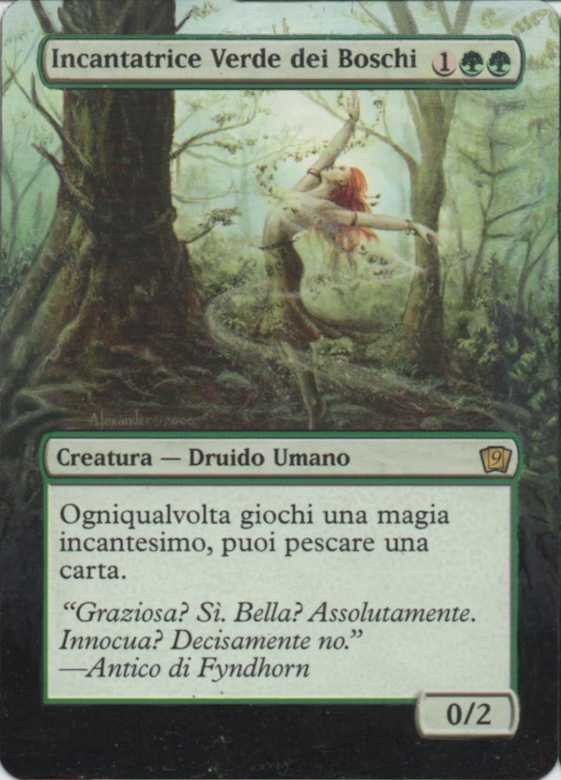 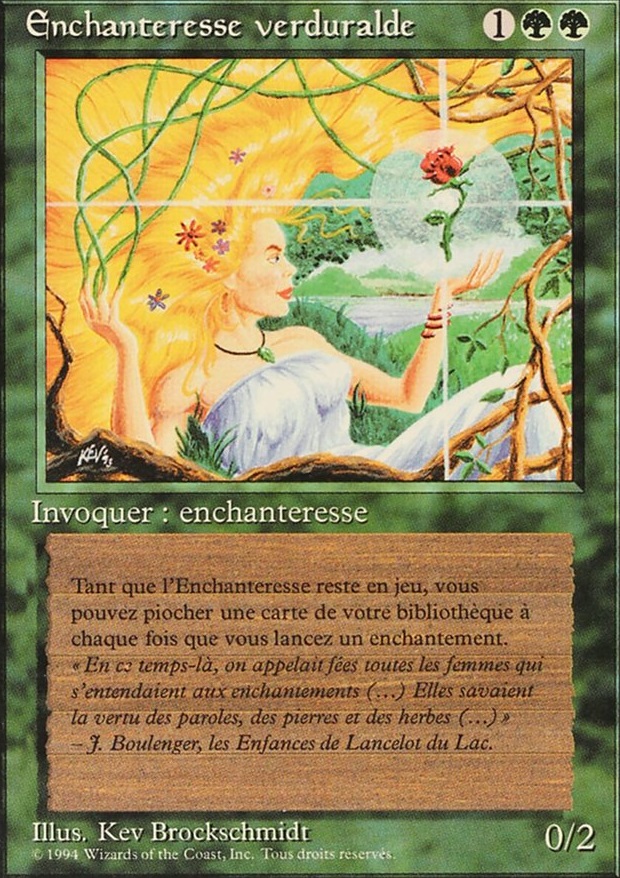 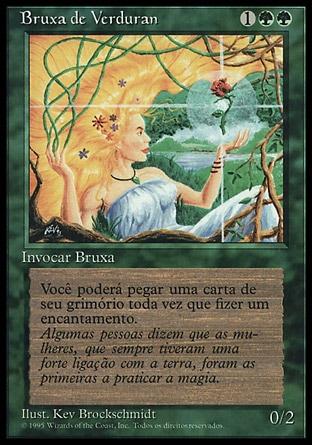 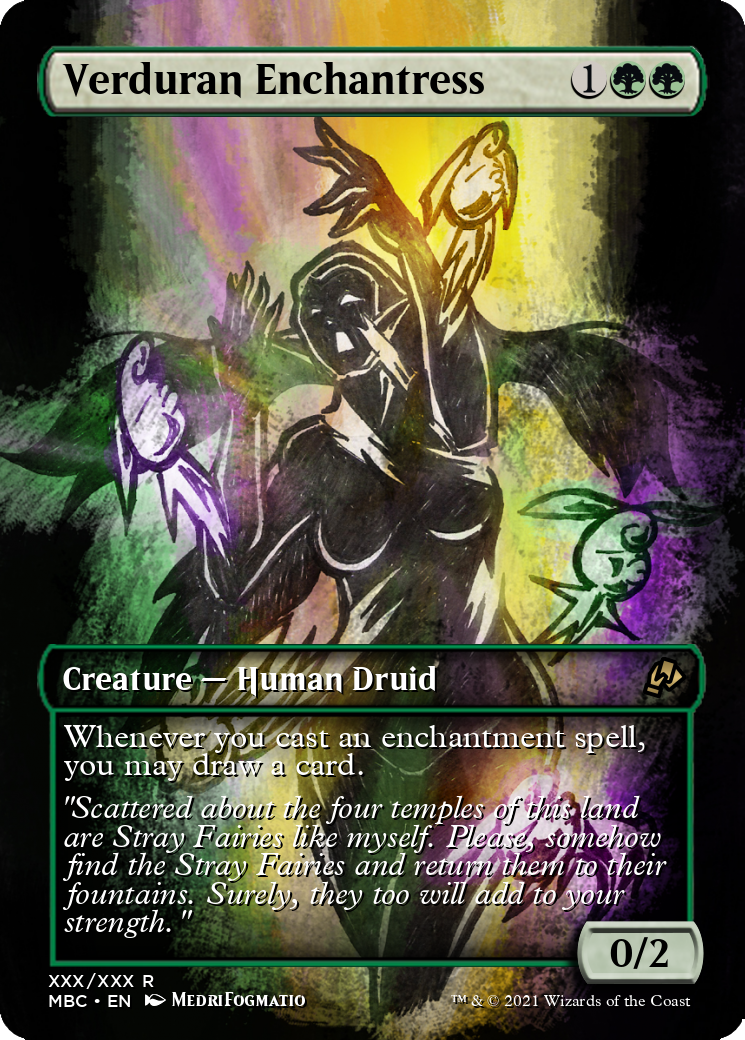 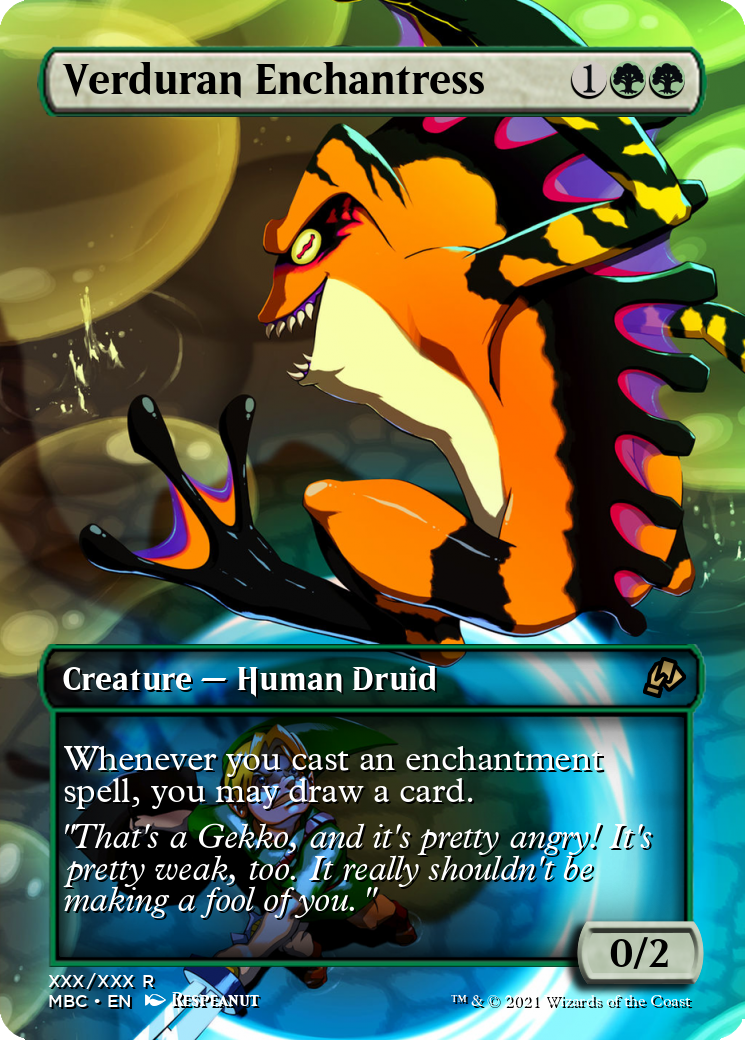