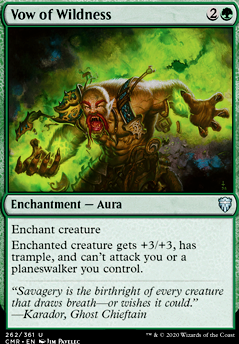 Enchanted creature gets +3/+3 has trample and can't attack you or a planeswalker you control. 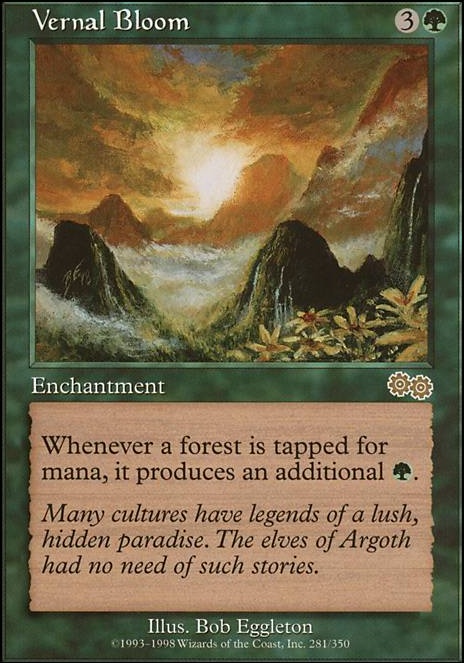 Fight Amongst Yourselves
by Phule451

Thru the Lonely Troll v.2
by ted1

Hey there! I am also a fellow Voltroner as seen in some of my decks, and I may just have some card tips that work out for your advantage! There are two ways that I can see this functioning most likely better, and both of them involve screwing with your opponent long enough to ensure your gameplan ends properly. Just hoping you don't die usually doesn't work, especially in a 4 player commander game. A tactic that works in one of my decks, involves staxing out the opponent- obviously this isn't a tax deck, but by including around 10 or so stax pieces, you can really slow your opponent down a lot, and since you are in white you have access to SOOO many stax cards! Here are a few you may like. Keep in mind, some of the ones below may a bit extreme to you- I'm just sort of listing the most common ones. If you want to find more of these, I recommend going to EDHREC's tax theme.

Or, instead of slowing down your opponent, you can try to protect yourself more, allowing you to stall until you can swing with a crazy big Sigarda. This protection can range from damage, attacks, or anything really. Here are some that I like. You can see a bunch more under the EDHREC Pillowfort Theme.

Basically, I think you need some way of ensuring you have time to put Sigarda out, rather than chancing it upon luck. Before I take leave, you also may want to just consider a ton of more removal spells like Path to Exile , Beast Within , Generous Gift , and other famous ones! Now I hope this helps, good luck on your deck, +1 from me, and have a great day! Happy tapping.

Also, here are some extra cards you might like - Eladamri's Call - Sylvan Library - Selvala, Heart of the Wilds - Birds of Paradise - Ilysian Caryatid - Mother of Runes / Giver of Runes - Hunter's Insight

yooo this is just the kind of chaos-hug I want to see!

I've been sitting on a Karona, but I didn't know what to do with her... like, have you ever put her down and the table decides to name "Avatar" and 3-shot someone(you)?

Is the enchantress theme doing what you want? I'm thinking about more creature stuff. Random things like Boldwyr Heavyweights and the Hunted series seem fun.

If you have lands worth playing, Pir's Whim feels good.

Intimidate doesn't work with Karona... Vow of Flight or Vow of Wildness ?

Missing Akroma, Angel of Wrath for the lore flex.