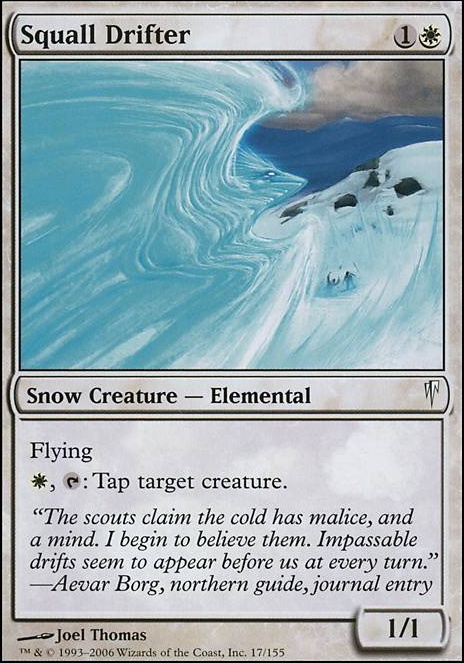 Marisi, Breaker of Combat
by Awson 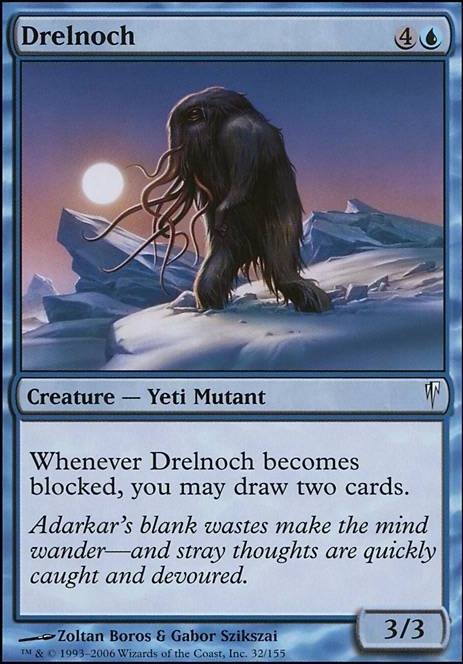 Feel the freezing embrace of the Diamond Faerie
by PyreCracker 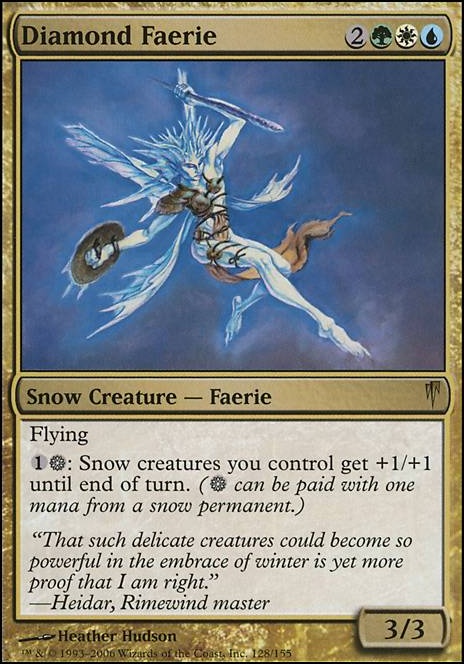 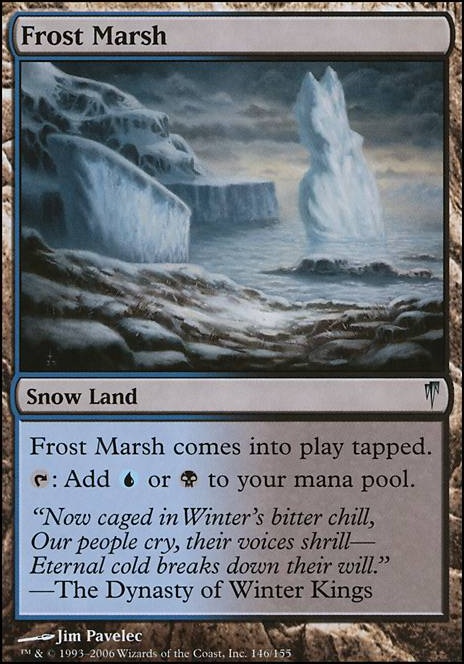 Overall, I really like your theme and I've been wanting to build a snow themed deck for a while. You've got some great ideas going but there are a couple of small problems as well.

However, your #7, Rimewind Cryomancer + Cover of Winter wont work. The Cryomancer can counter an activated ability. However, cumulative upkeep is a trigger. Keep the Cromancer, she's too good against too many other things. You will have the same problems with the other cumulative upkeep cards as well. If you want to keep the cumulative upkeep creatures, look at Mistmeadow Witch which would allow you to flicker them and reset the upkeep counters.

Your #9, Instead of using Rimewind Taskmage or Squall Drifter to tap your own creature, why not look at Springleaf Drum and Holdout Settlement to accomplish the same goal. Also, the Drum and Settlement can use any creature with summoning sickness to make mana. Another way to go would be to look at something like Aura of Dominion or Viridian Longbow to tap the Centaur Omenreader for an effect instead.

Your #13, the Gelid Shackles is too weak. The table politics aren't strong enough of a tactic to work in your favor.

Your #14, You are correct about Mimic Vat being able to copy a land that died as a creature. But you also have to remember that the land token created by Mimic Vat will get exiled at the next end step.

Your #15, Welcome to the game! One piece of advice I always like to give new players for evaluating a card is this: You have a fixed number of sleeves for that deck. if you draw that card in the middle of a game, will that card make a difference or will you be disappointed drawing that card? If you don't feel that a specific card helps more often than you feel disappointed drawing it, replace that card.

I think the Sakura-Tribe Scout is a bit weak in this deck since you aren't really drawing that many additional cards per turn. This is one of those cards that is nice in the early game, but drawing it mid or late game, it's just a blocker and not very useful.