Whenever you cast a spell that targets a creature you control, draw a card. 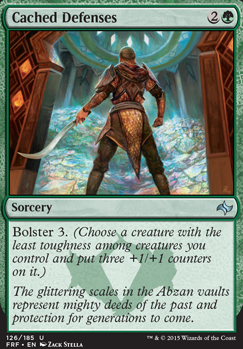 Sythis is in the deck for sure! The best recent cards for the deck.

For mass draw, Hunter's Insight is most efficient, but Uril really benefits from drawing before combat. I would not play Hunter's Prowess as it is too costly and I don't really care about +3/+3 or trample. I played Rishkar's Expertise for a while since that allows you to mass draw then drop an aura before combat. I've also tried wheel of fortune but found it lacking in this deck, refilling my opponents hands was too risky. I have never played Reliquary Tower and don't recall ever thinking I would have won if I had it. Better to just get good mana fixing. I would play showdown over escape because it's an enchantment. For all these cards, I would most likely add Showdown of the Skalds

Changeling Outcast is a one drop Frog who's unblockable. Bloodline Pretender is a Frog who grows each time Keimi is created. Whiptongue Frog can easily give itself flying. These are lower CMC Frogs who could replace high CMC ones: Anurid Murkdiver, Yargle, Glutton of Urborg, Species Gorger.

If you're wanting to enchant Tatsunari and Frogs then consider Season of Growth? Repeatable draw and it triggers to scry each time Keimi is created. It's nuts with Shimmering and Silk. Season could replace Frog Tongue. I see some nonFrog creatures then consider more enchantresses? Argothian Enchantress, Setessan Champion could replace Excavating Anurid and Chromatic Orrery.

Mana rocks are obviously good for ramp, but Sanctum Weaver and land enchantments seem better because of Keimi and enchantresses. Weaver, Fertile Ground, Wild Growth could replace the three Talismans.

Thanks for commenting on my Gargos list. I finally had the time to go check yours and as I can see you already made the seven cuts you needed to make.

Here are some observations I made when going through your list:

Firstly, is how well do you think Apex Devastator and Genesis Hydra are performing in your deck. On my side, I had a really difficult time with those two. Apex most of the time was always Cascading into X spells Hydra which doesn't do anything because X will be 0 when casting them without paying their mana cost. And in the same vein, Genesis can sometimes reveal X spells Hydra or spells you don't really want to use right now. So that is why I've cut them both from the deck.

Secondly, you already know my feeling about Unbound Flourishing. Awesome flavor, but not very practical when it can only be used with 10 of your Hydra spells.

Lastly, another card I've cut from my deck that can be found in yours was Season of Growth. The card seems really good on paper, but in play, I found it rarely useful. I'll admit that the Scry can be relevant in certain situations and that the card becomes straight gas when you have it on the battlefield with Whip Silk in your hand, but having both at the same time won't happen every game. Right now Season of Growth only works with 10 cards in your deck, so that is something to think about. I think if this card would have triggered when both you or an opponent was targeting your creatures that would have been an awesome card and a perfect inclusion. Instead of this card, I've added more protection in my deck, after playing a while with the deck your Meta might find out that killing Gargos is always the first and best thing to do when it hit the battlefield, and this can be pretty annoying when your commander already cost six mana.

All in all, I think you have a really great list with a lot of flavor in it too and I hope you will enjoy playing with all those Hydras!

Why Can't I Hold All These Wolves?