Whenever Stinkweed Imp deals combat damage to a creature, destroy that creature.

Dredge 5 (If you would draw a card, instead you may put exactly five cards from the top of your library into your graveyard. If you do, return this card from your graveyard to your hand. Otherwise, draw a card.)

Stinkweed Imp occurrence in decks from the last year 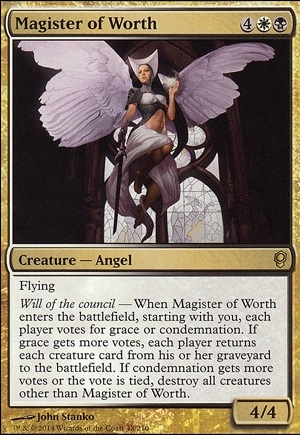 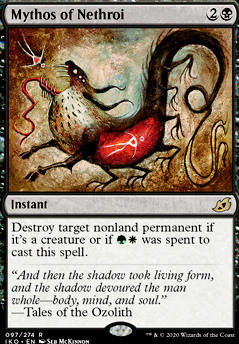 Also, your deck benefits from blinking your commander. So Restoration Angel is good since it also has flying. Also, Conjurer's Closet can blink your commander and get all of those abilities around to your various creatures.

That hexproof thing is interesting. Good thing it works because hexproof is one of the most powerful abilities.

As for graveyard fillers, I'll refer to my own experience. I run a Feldon of the Third Path deck. I need creatures in my graveyard. I run ~10-15 cards that loot and help me get stuff in the graveyard. The games I get nothing in my graveyard are when my deck struggles the most, so I dedicate a lot of my deck to filling it up. Unless something is just fantastic at filling up my graveyard, all of my cards that stock it up also serve some other purpose. Like how Skull Prophet can ramp or Stinkweed Imp can mill when I want or give flying counters with Kathril when I want. Dark Deal may do you well if you're looking to discard a lot (plus, it wrecks people's hands).

Shriekhorn is a better mill spell than Minister of Inquiries, as it can mill 4 by turn 2, mills the same amount, and discounts Emry. I also suggest playing 4 Stinkweed Imp instead of Witch's Oven; dredging 5 on turn 2 makes the possibility of a turn 2 Cauldron far more realistic.

DankMagicianD yes, I am looking to go for more of a +1/+1 counters theme in this deck, I am not quite sure what I should take out from this deck thought, from the current version. I really like both of those cards, as for Stinkweed Imp hopefully I can find a copy of it in my local shop.

Rite of Passage and Retribution of the Ancients seem like they have good synergy with the +1+1 counter theme. Stinkweed Imp is another good way to fill your graveyard.

Sumradagnoth - Not at this time. Certainly could slot in over quite a few cards I have on my list. I haven't tweaked this deck in a while as I haven't been playing it much. There are quite a few cards that are crazy with Syr Konrad that I don't have slotted. Mesmeric Orb + Basalt Monolith, Living Death, Stinkweed Imp, Forever Young, etc. etc. I might make some changes once I get this deck back in my rotation (I have around 15 decks that I rotate in and out). I really enjoy how it plays currently though so changes might be quite a ways out. I'll certainly keep Eye Collector in mind though.