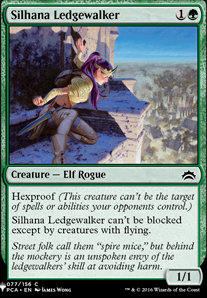 Silhana Ledgewalker can't be blocked except by creatures with flying.

Silhana Ledgewalker can't be the target of spells or abilities your opponents control.

Mutants are coming
by tschiller 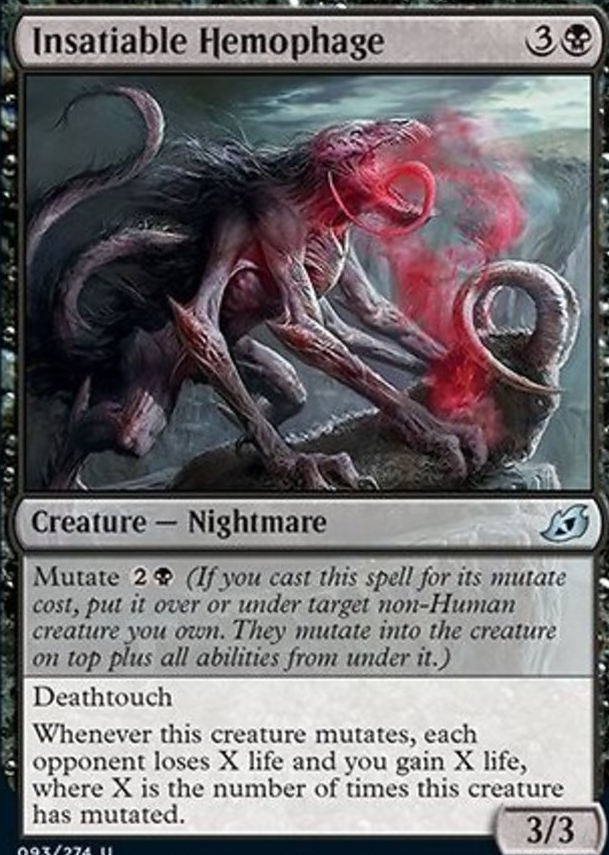 Thanks for the info, I shall be removing this from the deck as seems a bit useless. Maybe an addition of Silhana Ledgewalker would be a better addition!!

As for cuts, Call of the Death-Dweller and Unearth are pretty low-impact, you don't have much to abuse with Life from the Loam, and I'm not crazy about planeswalkers in a deck that wants to both make one big creature and attack with that creature. Some other cards to consider adding are Slippery Bogle, Gladecover Scout, and Silhana Ledgewalker. all provide hexproof, which is important if you're piling resources onto one creature.