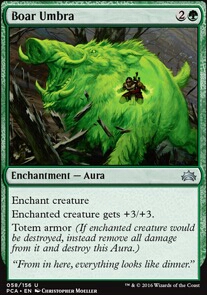 Boar Umbra occurrence in decks from the last year 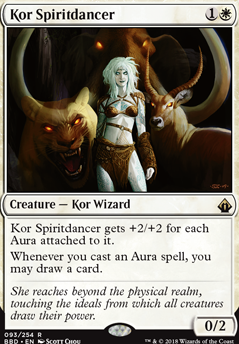 If Zacama gets targeted a lot maybe something like Shield of the Oversoul for protection?

Like many green decks I see, this one has the problem of being pulled in too many different directions. Cards like Garruk's Companion, Rancor, and Leatherback Baloth hint at a very aggressive stompy strategy. Nissa, Voice of Zendikar, Essence Warden and the Wild Beastmaster + Elder of Laurels combo would be better in a dedicated go-wide token deck. Llanowar Elves, Wild Growth, Primeval Titan, and Elderscale Wurm fit better in pure ramp. I would dedicate more resources to a single one of these strategies, maybe having a second as support. This will improve synergy and consistency by lessening the chance of drawing cards that don't work optimally together. For example, if you have some 7 drop bombs in hand, you'd much rather draw Wild Growth than Boar Umbra, and the reverse would be true if you had a hand of cheap beaters.

Some cards I'd recommend for stompy are Steel Leaf Champion, Dryad Militant, Experiment One, and Strangleroot Geist. Some cards for tokens are Parallel Lives, Mycoloth, Centaur's Herald, and Call the Scions. Cards for ramp include Arbor Elf, Voyaging Satyr, Garruk Wildspeaker, and Genesis Wave. And since you're mono, Nykthos, Shrine to Nyx will almost always be great.