At the beginning of your upkeep, choose target opponent. This turn, that player can't cast spells or activate abilities and plays with his or her hand revealed. You may play cards from that player's hand this turn.

Sen Triplets occurrence in decks from the last year 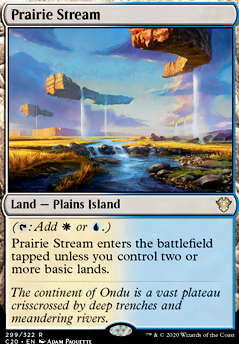 Who's Turn is it anyways?
by GatheringWilds

I want to make a Sen Triplets deck that plays with life gain and drain, for example using the triplets ability of allowing you to play spells from opponents hands to cast their creatures and having a Soul Warden to gain life and a Cliffhaven Vampire and/or a Epicure of Blood out to drain them. Then when you have enough life, blow the opponents up with Aetherflux Reservoir. Or if that dont work go for the infinite life loop with Sanguine Bond and Exquisite Blood. What cards should I get to best make that kinda strat possible to pull off?

as a mono-black player, or should I say planeswalker, I love this article. I've built a dozen or so decks around the concept of hand-control, starting with Nebuchadnezzar and eventually settling on Sen Triplets. I've devolved most decks into some other wincon or what could be considered "more viable mechanics" but discard will always have a special place in my mechanical logs since my very first days of EDH playing against Nekusar, the Mindrazer I need some new spicy EDH decks that give me more discard/hand control mechanics and feel-goods for doing so!

DeinoStinkus on What commander should I build?

(Ramos Locos Combos!), and Wort, the Raidmother. Korvold, Fae-Cursed King can be a fun build, I once did a Korvold with Treasure.

I just finished building Sen Triplets. For reasons obvious I haven't yet played it, but I think it will be pretty fun, while being pretty mean for the rest of the table. It might be too close to Oloro though as it needs a pillow fort, as well.

A version I didn't build, but that could be done is a wheels approach with Underworld Dreams etc.

The rule about not being able to produce off-color mana was removed in January 2016. Lands in your Sen Triplets deck can now produce green or red if necessary (they still need to fit within your commander's color identity, which the ones you've listed do).

I just read from Epochalyptik on this post stating "If any effect would attempt to add to your mana pool any amount of mana of a color outside of your commander's color identity, it adds that much colorless mana to your mana pool instead". Official rulings?

So in my hand disruption deck led by Sen Triplets, I run lands like Gateway Plaza, Shimmering Grotto, and Holdout Settlement. Say Joe over there has been chosen by the Triplets and has exposed his hand. I see an Evolution Charm and would love to cast it. But can I? I tap my Gateway Plaza for green but since it is out of my commander's color identity that green goes colorless? If so that puts a huge damper on my deck as I look to cast/play from opponents' hands a good 60% of the time. Are the above mentioned lands now wasted slots cuz I can't use them to get red or green mana?