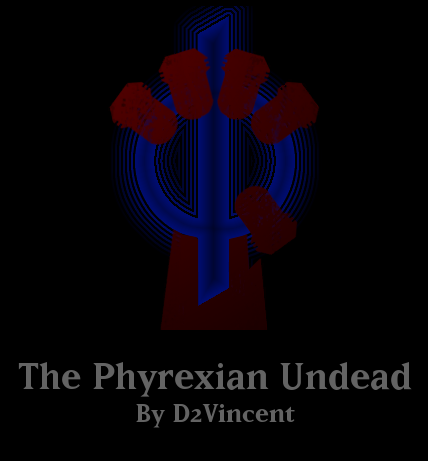 Death is temporary, Phyrexia is eternal!

This deck focuses on the Proliferate mechanic, now led by none other than Marchesa, the Black Rose!. It used to be run by what was my very first commander Thraximundar, but he's still in the 99.

Standing atop the tallest point in all of New Phyrexia under the Black Sun, perched at its highest point in the sky, you look out amongst the great armies of undead ready and willing to serve your every command and to be sacrificed to fuel your desires. At its core stands the true Phyrexian Queen; Marchesa d'Amati, as well as the largest warrior among all others, the gargantuan from the Alaran shard of Grixis, ready to slay any who stand in his queen's way. Great machines have been created to fuel an infinite source of power using the Phyrexian Oil, in which to spread upon every single plane of existence. You feel the immense power that you control waiting to be unleashed upon any and every foe that crosses your path.

Thy sky will be covered in the darkest black,

to cover the sea of deepest blue...

And the Earth will be Painted the Deepest Red

So, how does one win with this deck? Overall it's a take on the classic "Aristocrats" strategy, however we're going more for a "Power Matters" type of approach here. We'll be utilizing creatures and/or effects that deal damage to our opponents equal to their power when they die or otherwise leave the battlefield. Since several of our win-con cards benefit from dying or from other creatures dying, we've got various cards that can do things like provide recursion, be sac outlets, or just provide counters to creatures so Marchesa can bring em back

We've also got ways to enhance the damage that we're throwing, including giving it infect in the form of either Tainted Strike or stacking counters on Core Prowler, and tools that accelerate the pumping process like our proliferators or Rakdos Riteknife.

Pumping up creatures past rookie numbers ain't the only thing we're doing here though, we've got combos and synergies!

This Synergy allows for some really good resiliency against wraths for your non-human friends! If you manage to get a +1/+1 counter on the both of these, this synergy even brings itself back!

Abusing both Undying and Persist, this is probably the closest to a 2-card combo I'm using in this deck. Lets me counter any and all noncreature spells I don't like. If given a sac outlet, it becomes an infinite death trigger combo. Is an opponent playing Solemnity? they just spelled their own doom! Preventing counters just means we'll get to trigger Undying/Persist without putting the counter on, allowing for an infinite death loop provided you have but 1 sac outlet!

This win-con combo works by removing any +1/+1 counters on Deathbringer Thoctar to deal damage to a player, then sacrifice it to whatever sac outlet you might have. Mikaeus will bring it back due to Undying which gives it a +1/+1 counter. Repeat until your opponents are dead

This one works with any creature that gets a +1/+1 counter any time one of your creatures die or something similar. What you do is to sacrifice a creature to Ashnod's Altar, which if there is a creature on the field that get's a +1/+1 counter off a creature death, you pay to Animation Module's triggered ability, creating a 1/1 servo token. You may then proceed to sacrifice the token to loop this effect infinitely. The Following creatures allow you to use this combo:

Ok I lied, THIS might be the closest to a 2-card combo I have here. Since we're using Marchesa's Dethrone ability anyway, we're gonna use our life as a resource to make sure we're getting those dethrone triggers! Unspeakable Symbol allows you to simply put +1/+1 counters on creatures for the cost of 3 life each use, which will allow us to constantly recur anything we want and still be able to trigger Dethrone. This also sets up the next synergy on this list...

The Above Combo + Disciple of Bolas + Spark Double

What we want to do here is use both of the sacrifice abilities to essentially get 3 additional cards each turn + 3 life to use on Unspeakable symbol. I'm not talking every one of YOUR turns, I'm talking EVERY. TURN. Here's what you do:

HOODANG! It's been a hot minute since I did one of these. I've been tweaking this deck SO MUCH since the last update, and yesterday I made what was quite possibly the toughest choice to make for this particular deck; I swapped out ol' Thraximundar as the commander in favor of Marchesa, the Black Rose. Now hear me out, Thraximundar ain't going nowhere, I will outright REFUSE to take him out. But, as I keep playtesting, I'm almost constantly finding myself noticing how easy it is to disrupt this kind of deck, and that I need something to keep this deck resilient against disruption.

Enter Marchesa, the Black Rose. As she was already in the deck to begin with, I don't need to make any sweeping changes to accommodate this change in Regime, and I'll probably be able to play Thraximundar more than I used to when he was the actual commander.

I've updated the deck description, and I'm looking forward to the release of Ikoria + C20 so I can get my hands on both The Ozolith and Ukkima, Stalking Shadow Â Flip and see how well they fare in here