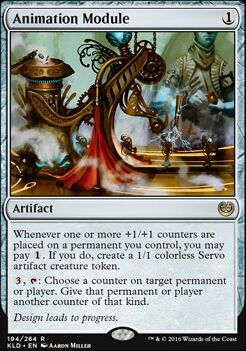 Whenever one or more +1/+1 counters are placed on a permanent you control, you may pay 1. If you do, create a 1/1 colorless Servo artifact creature token. 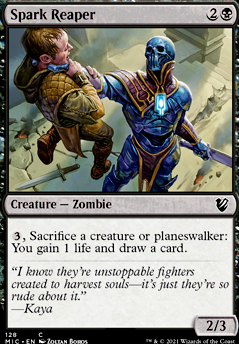 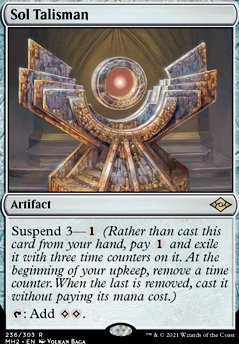 So, Massacar, I've realized that an Ashnod's Altar or Phyrexian Altar can go infinite in this deck with Animation Module. Sac a token creature to Altar to add . Grizzy's triggered ability adds a +1/+1 counter to him. Use to activate Module's ability to put a Servo token into play. Sac the Servo to start the process over again. Make Grizzy big and awesome. Nets on mana each time, too, if there are other shenanigans I can think of running. Would work with Phyrexian Altar too, just not with the infinite mana. Now that I know this, I may have to add this one little combo in...

I don't know what you should cut, I do think most of the cards you're running are intelligent.

I would playtest and see which cards fit any of these criteria:

A. You feel like you're not wanting to cast them

B. They don't really do a whole lot on the board, or are kind of slow (Animation Module is one I have in mind)

C. They feel like "generic value" cards and aren't directly contributing to your strategy/card draw/ramp/removal

D. They do what you'd like for them to do, but you feel you run enough similar effects that the weakest version could afford to be cut

Sorry I can't help more than that, cutting cards sucks :/

Nothing stands out much beyond what has already been said, I built a fairly similar deck. Only two cards I might suggest are Scourglass and Starnheim Courser but neither are necessary just something to think about. Keep in mind Scourglass acts like a Nevinyrral's Disk and will put a target on your back until you crack it and it doesn't help that it has a timing restriction.

For fun you can always throw in a Phyrexian Triniform or Triplicate Titan. You would get more value out of them with cards like Grinding Station and Blasting Station. But they can pair with Cathars' Crusade which if they die you get a net of three 6/6 creatures. You could also pair them with Arcbound Crusher + Animation Module.

How many land do you think is sensible? 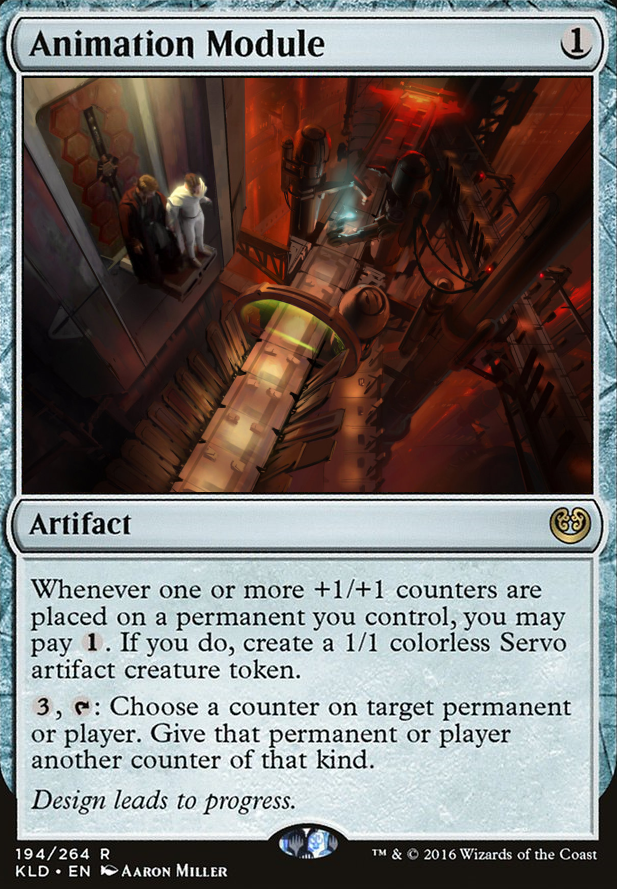