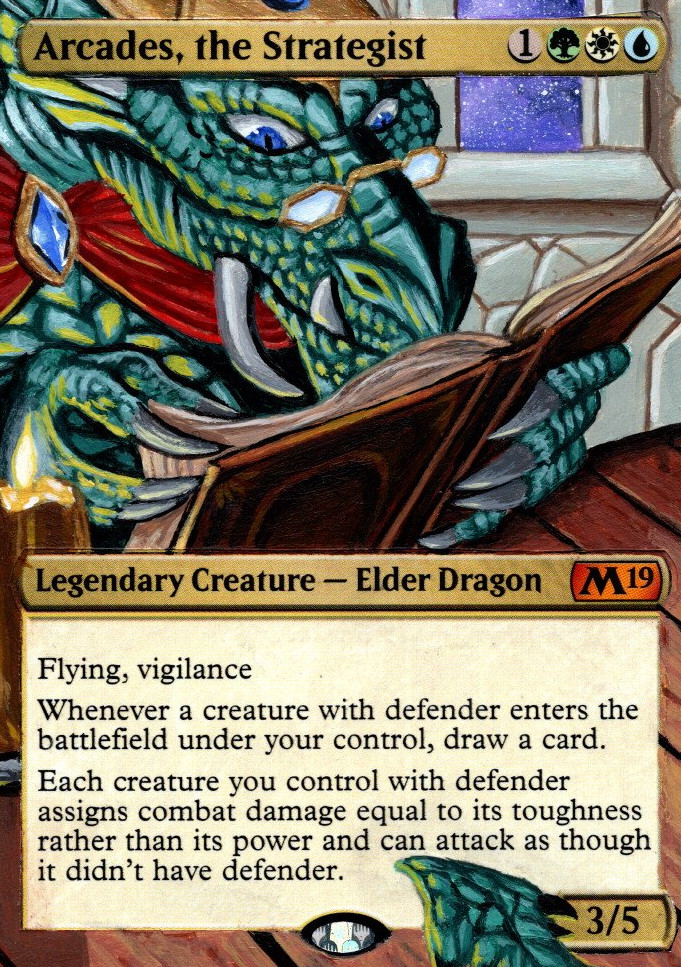 âSuddenly the fingers of a human hand appeared and wrote on the plaster of the wall, near the lampstand in the royal palace. The king watched the hand as it wrote. His face turned pale and he was so frightened that his legs became weak and his knees were knocking.â (Daniel 5:5-6)

I am always looking to improve my list and welcome all constructive criticism, questions, and suggestions.

While browsing EDHREC I saw the commander Geralf, Visionary Stitcher. While intriguing I ultimately found mono blue too limiting in considering building Geralf. But by looking at Geralf I started playing around with what commanders cared about toughness. This lead me to Doran, the Siege Tower and Arcades, the Strategist. Deciding Arcades was more interesting to me I spent about two weeks trying to decide if I wanted to build the deck or not. Ultimately I decided in favor for these reasons:

I did all of the alters myself by hand using Liquitex professional acrylic paint.

How many doubling seasons can I make