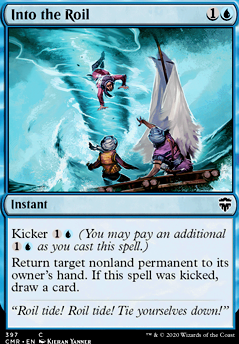 Kicker [symbol:1 (You may pay an additional as you cast this spell.)

Return target nonland permanent to its owner's hand. If Into the Roil was kicked, draw a card.

Gidgetimer on Is mana spent on additional â¦

Yes, you are still paying the treasure mana into casting Into the Roil. For the purposes of mana spent to cast the spell, what was paid into the total cost is looked at. Whether it was an additional cost, alternative cost, or the mana cost when doing the calculation to determine total cost is not important.

Yesterday on Is mana spent on additional â¦

I control a Vazi, Keen Negotiator. My opponent controls an Omniscience and casts Into the Roil without paying its mana cost, kicked by sacrificing two Treasures and paying that mana only on the kicked cost.

Where did my deck go?

I'd look at manlands and lands that become creatures, and disruption cards that have bounce options.

A second line is to mutate oracle to hand then mutate again. Into the Roil and the like achieves this, and also lets you run bounce spells as disruption, so that you aren't just durdling while you look for oracle. This won't just make it more competitive, but more interactive and therefore more fun to play against. 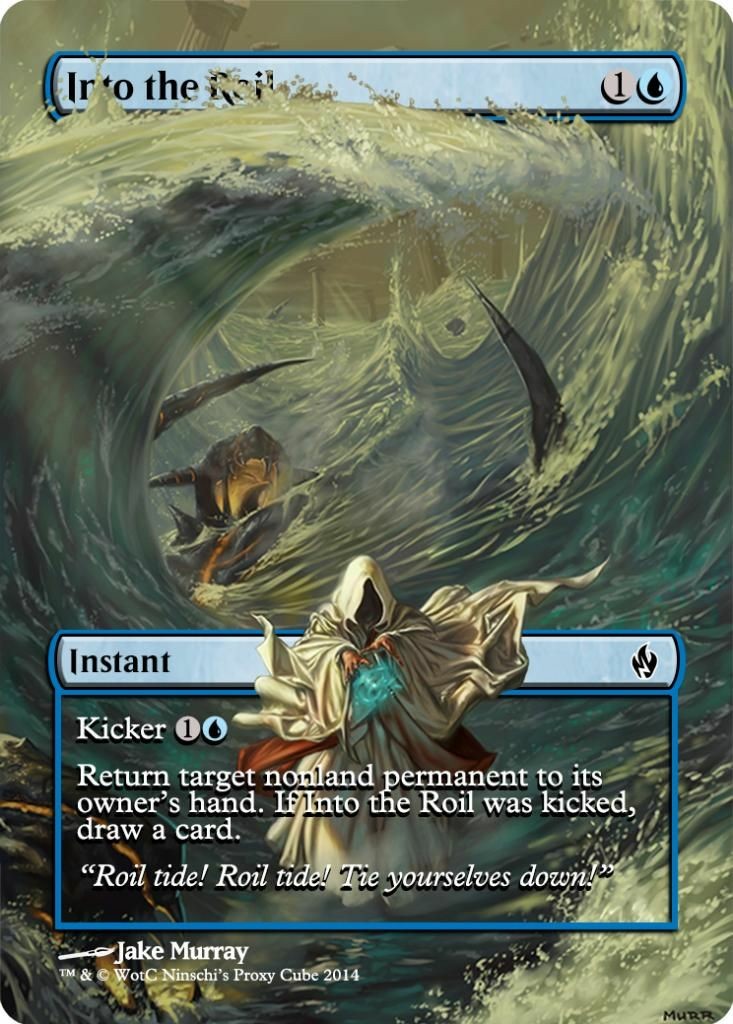