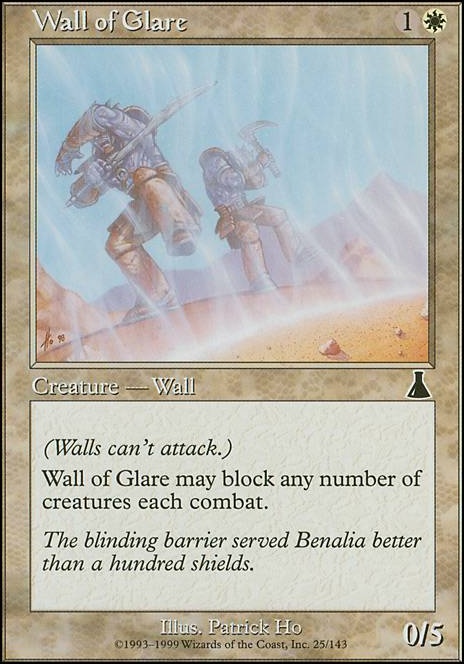 Wall of Glare can block any number of creatures.

Nice deck. When I had a protection based one, the Wall of Glare with protection from color aura played really well. Giving you ultimate endurance from all non-flying etc. creatures