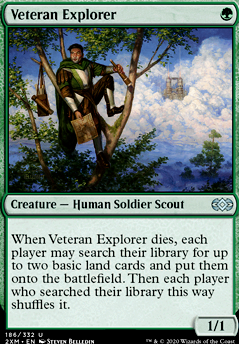 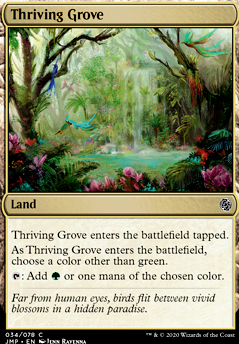 wbcooper217 I have considered a hulk line with the standard aristocrats package but I'm not sold on it - it would definitely dilute my game plan but if there were more proactive ramp pieces that gained me more value/ramp when sacrafice I'd definitely consider it. Veteran Explorer is the only thing that comes to mind but my basic count is...well...almost non existent.

Legacy is more open in a sense. Basically you have a bunch of really strong set of core cards and you need to start from there. But the stuff you add is very open.

For example, you have the standard UW shell of 4 force, Daze, Brainstorm, Ponder and a shuffle effect. This gives you game against the turn 1 decks, gives a huge amount of hand sculpting and requires you to run about 20+ blue cards. This core I have used in a UW Eldrazi Stoneblade, Infect, Jeskai Combo, Delver, Threshold, UG Madness and UW Rebels. Each deck is very diffrent but they use this powerful core of cards.

Other cores to consider are things like Nicfit which is Veteran Explorer and Cabal Therapy, a core that rewards running basics and knowing what is the highest impact card to name off Cabal therapy and allows rapid ramp. There is the Stompy Core which is Sol Lands + Chalice of the Void and similar stax pieces. I have played Pirate, Angel, Soldier, Human, MUD, Eldrazi and planeswalkers stompy with that shell. Aether Vial likes Wasteland and Port. LED likes flashback spells and activated abilities. Goyf likes tarfire, fetches and hand sculpting spells etc. Sol Lands + Show and Tell.

You basically choose a core and flavour it your way. There is also brewing and some really out there decks like Mono Blue Martyr but its a harder format to try new stuff in due to cost and power level. Your brew would need to amazing and undergo rigerous testing.

Ooo yes those are interesting. I hadn't thought about them

Idk what they'd replace tho

Like, I prefer Veteran Explorer since you can make use of the mana first by attacking with it and it thins the deck

has all the colors tht could be helpful to other players. Run things like Primal Vigor, Mana Flare, Rites of Flourishing, Dictate of Kruphix, Veteran Explorer, Temple Bell to help people. Then support yourself with things like Fog, Leyline of Sanctity, Runed Halo, Angel's Grace so you survive longer to keep your effects alive. Maybe some counter magic just so you can keep things like Disenchant from hitting your support elements

Llanowar Druid is a card you can include for a temporary boost.

Cool deck! Veteran Explorer was always one of my favorite PDH commanders :)