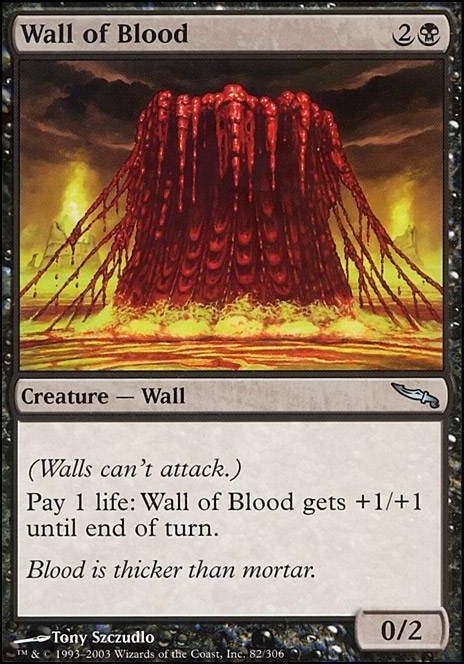 I'm Greven You a Problem
by Swim_ish 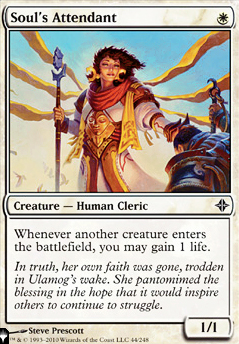 Take a seat
by OnceUpon

Deathreap Ritual may go well in here, although you have a good amount of superior card draw anyway. Have you thought of Wall of Blood and/or Lord of Extinction to do relatively the same thing as Phyrexian Devourer ? Just more options. But I can see lord not being that good with no self mill though. Viridian Corrupter can replace a removal spell while also giving you another elf as well as a side threat of infect for people to focus on.

I have a 60 card that wins with Near-Death Experience . It even abuses stuff like Cleansing of all cards to get you to 1. And uses cards like Worship to keep you in the game. Cards like Wall of Blood will immediately let you set yourself to 1 no matter your life total. Check it out if you want:

I Almost Died That Game!

"I left Carrion and Bloodthirsty Aerialist because they work well together"

If you want a better combo than that try Carrion and Wall of Blood take yourself down to 1 life, and sac it to carrion for all the black maggots.

Rhadamanthus on Can I respond to the â¦

You can use double square brackets around a card's name to create a reference link. It's the best way to make sure everyone understands what's going on in your question: Axis of Mortality, Wall of Blood

You can do this to leave your opponent at 1 life but you won't be able to leave them at 0. If you activate Wall of Blood 20 times in response to Axis of Mortality's triggered ability and drop to 0 in your example, you'll lose the game before the triggered ability starts resolving.

Fantastic budget deck you've got here!!! $50 is wonderful! Some suggestions I would have though are to add in more cards like Wall of Blood (which I see you've already got here) such as Mischievous Poltergeist and maybe substitute some of the card draw here (since you have more than enough I think) for maybe a bit more lifegain or maybe a bit more ramp since the avg cmc of this deck is pretty high. I think some protection like Mirror Shield or Whispersilk Cloak especially would come in very helpful for this deck to protect Villis. Love the deck :)