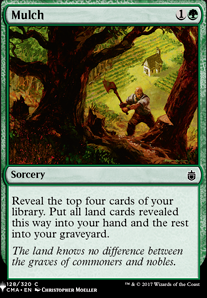 Reveal the top four cards of your library. Put all land cards revealed this way into your hand and the rest into your graveyard. 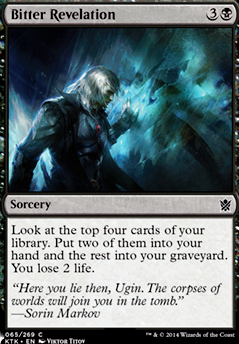 Winding Way is a strictly better upgrade for Mulch, as it can also look for creatures, if needed.

I'll trade some creatures for a playset of Mulch.

Thanks for the input! I did not realize how much removal I had in here. I will certainly add in Mulch, I will look into the rest as replacements.

HORSE IS BACK. BACK AGAIN v2 (REANIMATOR)

Archetype of Endurance, Massacre Wurm, Vorinclex, Voice of Hunger, and Avacyn, Angel of Hope seem great reanimation targets. I also suggest Mulch and Winding Way as ways to hit your land drops while filling your graveyard.