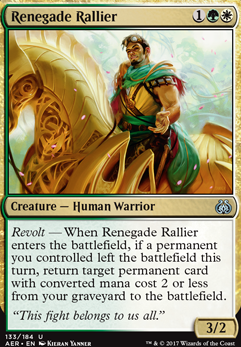 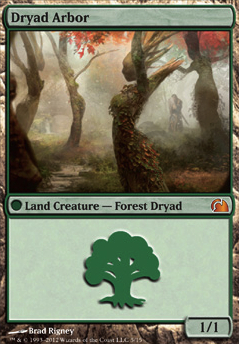 Chasmolinker - Just trying to learn from the master!

Before I make any additional changes, I need to playtest the deck as it current is and see how that feels. I shifted around like 10 or cards just the other day to make the deck how it current looks but I do want to play around with Retribution of the Ancients...you are not wrong that there are other effective removal spells but alot of them have negative side effects, CMC limitations, or just cost more. The idea was if I have +1/+1 counters to give, it would be a cheap way to clear the board and having slightly less powerful creatures would be worth it if the board is clear of threats...Although it was just a idea. I mean, I do have "Jank" as one of the hubs!

Scavenging Ooze does have a more permanent graveyard hate than anything I am currently running. It has some potential...thanks for that suggestion.

Cut down the Abzan Falconer in his triumphant flight!?! I could be convinced of that for more Luminarch Aspirant or something similar, Renegade Rallier, or if I add in this would be a great spot to make room for Winding Constrictor.

Chasmolinker - Thanks for the +1! Been putting lots of work and thought into the deck so nice to get some positive feedback. In regard to your actual suggestions...

Renegade Rallier could be a nice recursive piece should Hardened Scales hit the yard. You can also get Horizon Canopy back with it. 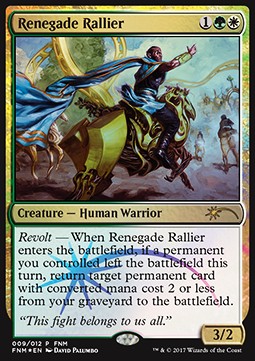 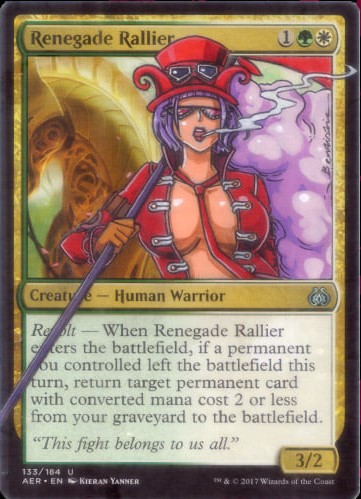