Whenever Sidisi, Brood Tyrant enters the battlefield or attacks, put the top three cards of your library into your graveyard.

Whenever one or more creature cards are put into your graveyard from your library, put a 2/2 black Zombie creature token onto the battlefield. 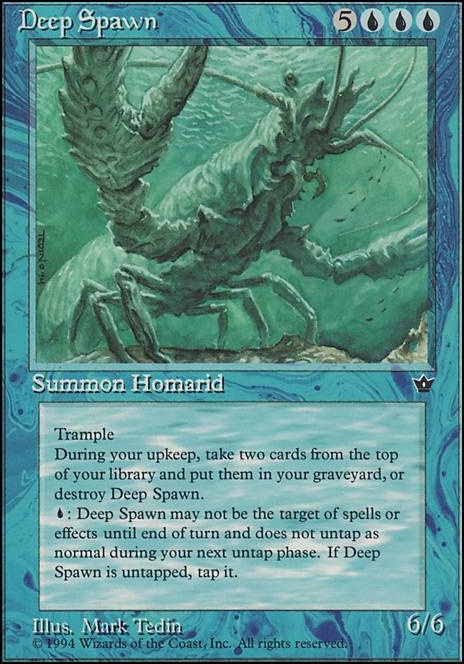 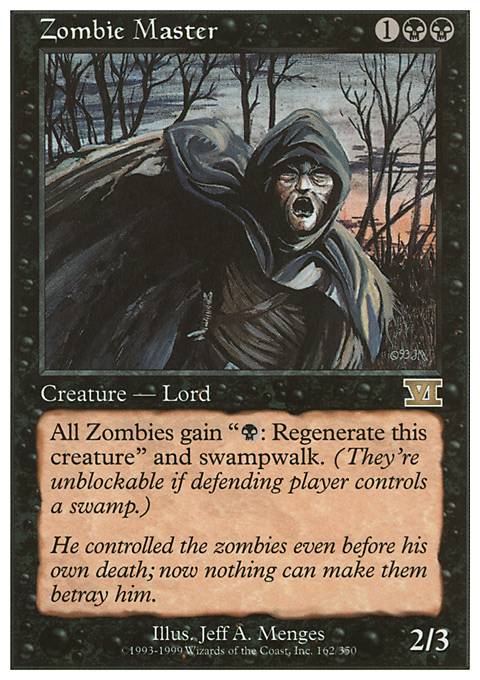 The Holy Host of Zombies

You seem to have a lot of reanimation, so have you thought about Sidisi, Brood Tyrant? She gives zombie tokens and fills the graveyard both at once!

The Holy Host of Zombies

The option I'd choose is Damia, Sage of Stone, your deck only really lacks card draw, I'd go with this!

Here are other options:

goodair on Need a home for my â¦

Sidisi, Brood Tyrant is great. She naturally wants mill, so does tombstone, your in colors the perfect colors for graveyard stuff, and flexiblwe enough to go zombies tribal to boost all those tokens, or not zombie tribal and use those tokens for drain affects/mill. Tombstone is NUTS in my deck, especially when you have synergy like Adrix and Nev, Twincasters, Phenax, God of Deception, Path of Discovery, Altar of Dementia, Syr Konrad, the Grim, ESPECIALLY when you got more than one out!

EDIT: I do have a few cards that care about the zombie subtype, the deck really exploits the fact that they coem in every turn and die every turn with haste, its pretty absurd and is a kill on site. If interested, you can take a look for soem ideas! Sidisi V1.1

I'm not familiar enough with Muldrotha to truly judge your deck or give any recommendations for her (him? I don't know its gender but the name sounds feminine), but I'll try my best.

Is there a specific strategy that you wanted to lean heavily into or did you just wanna make goodstuff.dek with her? I like a few of the neat combos and payoffs you seem to have going on.

Sidisi, Brood Tyrant can help further fuel your graveyard while providing zombie tokens whenever you mill a creature.

Dreadhound and Syr Konrad, the Grim are pretty good payoffs for whenever you sacrifice or mill your creatures.

Other creature tutors you might wanna look into would include Jarad's Orders, Evolutionary Leap, and Fauna Shaman since they all fuel your hand and grave at the same time.

Sultai_Sir on Any Complicated Commanders?

Grubbernaut: I'm looking for a 75% deck, preferably on a budget. I'll look at EDHrec right away!

shadow63: Breya looks great! I already have a Sidisi, Brood Tyrant deck, so Muldrotha's probably off the table, but I've always wanted to build artifacts.