Whenever you cast a green spell, you may untap Nettle Sentinel.

Nettle Sentinel occurrence in decks from the last year

Green With Envy
by bmcconnell11 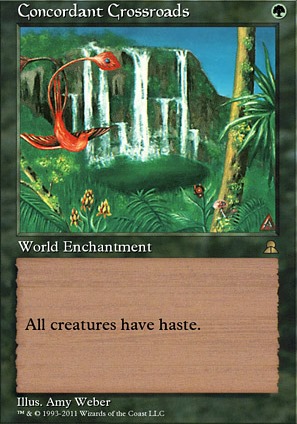 Come into the forest
by Elvenking80 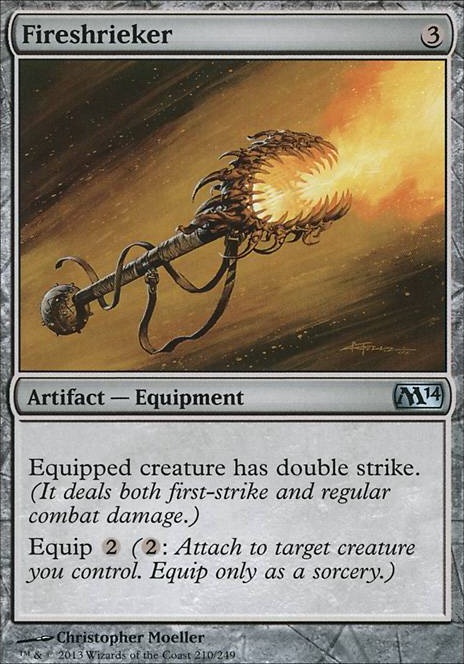 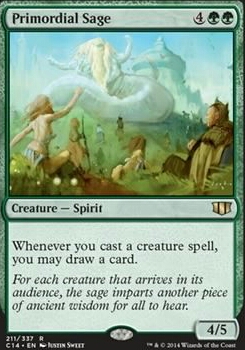 K00lDudE1 I like your suggestions, and Iâve done a bit of reworking to the deck a month ago and have yet to update it on TappedOut. As far as swapping out Nettle Sentinel and Elvish Visionary , will probably keep them in with Cloudstone Curio because it has allowed me to get a ton of card draw and lock up the game for me when combined with Heritage Druid . Iâll update my deck list shortly, but because of that combo it has won me quite a few games at my LGS. But Iâll definitely give your ideas a run at the next Friday night game and see how it fares compared to my current deck.

7H30F7 thank you for the ideas Iâm going to actually switch the lands out for sure! And probably lose Harmonize and possibly Elvish Visionary for the Nettle Sentinel and Heritage Druid combo! Then I just need to figure out where to place Glimpse of Nature as a 65 Card deck already I donât want to over fill it. I might cut out a few forests. But I definitely appreciate the feedback. This is my first deck Iâve personally built and would like to try and play at some local tournaments with it!

I would consider the classic Heritage Druid + Nettle Sentinel Combo, but I'm not sure how broken that would be w/o Glimpse of Nature . It's pretty fast and is great because Heritage Druid's ability ignores summoning sickness.

Otherwise, this seems pretty solid. I would maybe suggest lowering the Oran-Rief, the Vastwood count since it comes in tapped and you probably want it to be a bit faster than that. Also, you may want to think about switching your Woodland Cemetery for Overgrown Tomb , and adding a couple of Pendelhaven (which I'm pretty sure is legal in modern).

It may also help to add in an Ezuri, Renegade Leader or two, just so that there is another win condition in the deck.

Otherwise, it looks pretty fun and I might try it out sometime.

This is the main decklist for tappedout: hackball for more indepth information

Not sure what Nettle Sentinel is doing for you, but it can't be more than than the Elder would do. BTW, when you put Elder in, don't forget a Maze of Ith