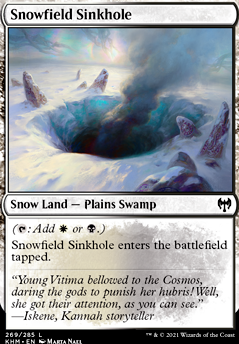 Killian Cantrips and Removal
by darren9116

Daxos the Returned Enchanter
by Altartikus 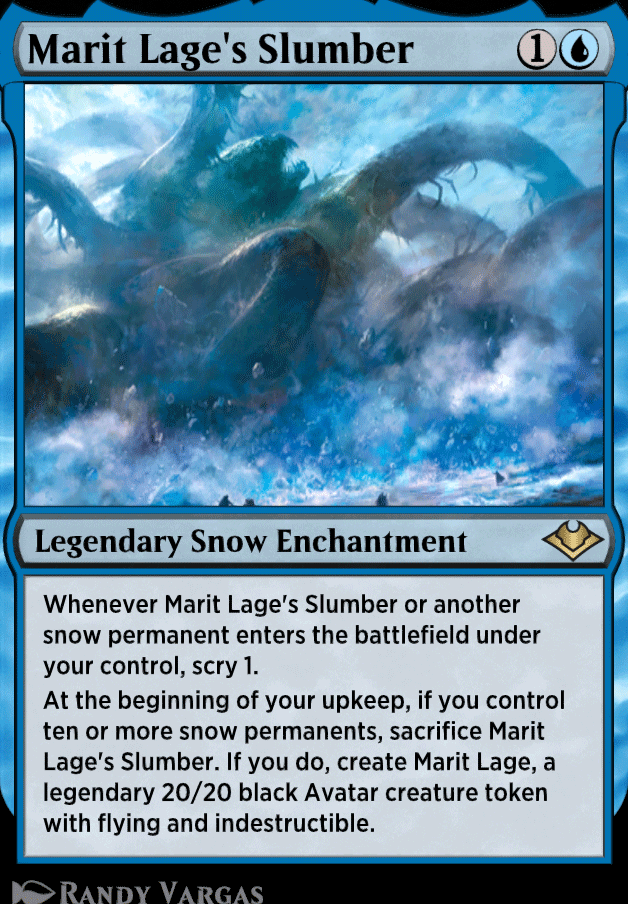 Neotrup on Tokens of parallel lives

You'd get two token Parallel Lives. Parallel Lives ability is a replacement effect, not a triggered ability, so it never triggers. Replacement effects on permanents entering the battlefield only apply if they only effect that permanent (such as Snowfield Sinkhole entering tapped or Kalonian Hydra entering with counters). Replacement effects that apply to a general subset of permanents that include the one it's printed on don't apply to itself entering (Orb of Dreams enters untapped). The token Parallel Lives will attempt to enter, see the original, and two will be created instead. They're created simultaneously, so neither are around to effect the other, nor can they effect themselves.

enpc on ugg i need help

you're running 1 of the 7 fetches that will work in your deck. While the other 6 will only find either a swamp or a plains (like Bloodstained Mire ), replacing cards like Snowfield Sinkhole or Goldmire Bridge with these will allow you to straight up tutor Scrubland or Godless Shrine . After that, they have done their job. Also, with Crucible of Worlds you get extra bang for your buck with fetches.

As for Land Tax , I'm not saying to cut the basics, I'm recommending cutting some of the slower lands in the deck for the fetches.

Slivers aren't something I'm familiar with building. The First Sliver alone is super expensive. I'll try helping where I can though.

First, I don't think you need Renegade Map, Traveler's Amulet, Wanderer's Twig, or Wayfarer's Bauble. The latter of which is needlessly expensive anyway. Rather just use Signets, especially the green ones. Commander's Sphere costs more mana, but is probably worth it here.

Path of Ancestry is a must have. I also recommend the "Thriving" lands, like Thriving Grove . They might even be better than the Vivid lands. Maybe also a few of the snow duals, like Snowfield Sinkhole , because Farseek can find them due to the land subtype.

Camaraderie and Collective Unconscious are a bit over the top. I'm also not a big fan of Shamanic Revelation, but that one costs less than 6 at least. Distant Melody is a good one, but sadly costs a little bit of money. You might even get something worth out of Lead the Stampede , since your deck has over 40 creatures in it. Regular blue cards like Impulse would also help you find what you need. You really don't want to get stuck with those 5+ mana draw spells in your hand, especially early on.

Snowfield Sinkhole is a Kaldheim common, but it's flagged as not legal in pauper commander.