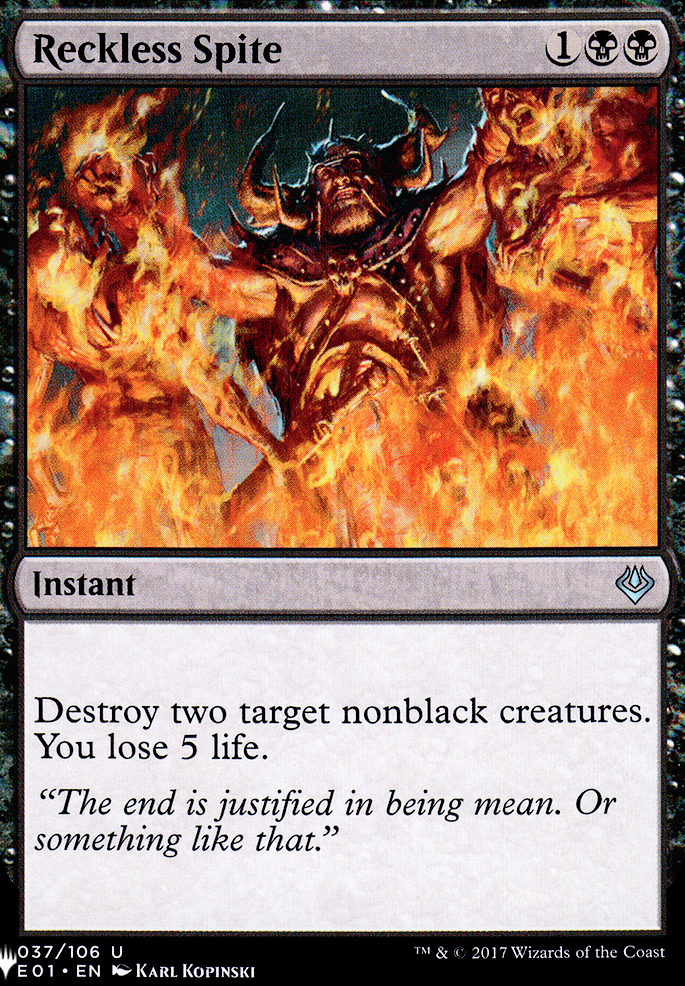 Hey man! I always liked zombies... it was one of my decks when I was growing up and still getting clubbed by my brother in Magic. I have some suggestions:

This seems like a pretty mean deck against creatures. A big dumb splashy thing that would benefit from that is Rise of the Dark Realms . It gives you a pretty ridiculous board-state made up of all the monsters Toshi-sama has killed. If you're looking to make tokens, Endrek Sahr, Master Breeder and Ghoulcaller Gisa are good options. Exsanguinate may also be a good finisher or a good way to put you ahead life-wise.

Instant wise Reckless Spite , Tribute to Hunger , and Vona's Hunger all seem like cards that could go in the deck.