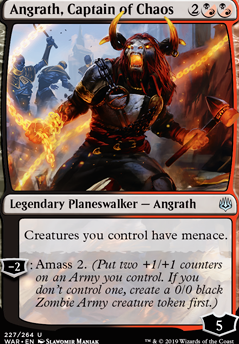 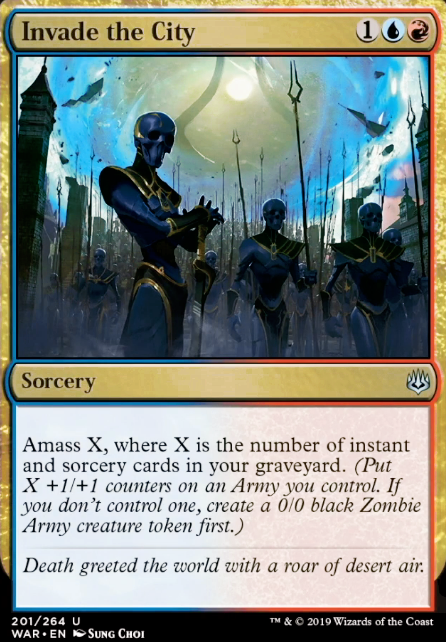 rdean14, yeah I've done quite a bit of lore-investigation into Angrath. He's one of my favorite Planeswalkers, along with Sarkhan, Sorin, Kaya and Lukka.

When Angrath uses his magic, his body exudes unimaginable heat. He uses this heat to turn his chains and hammer into glowing-hot weapons, along with his horns, fists and breath. In fact, most (or at least a good amount) Planeswalkers vanish in a blinding yellow-white light when they leave their world for a new one. Not Angrath. He literally erupts the land around him into an inferno-like explosion. The magic itself ignites the inner rage in those around them, making them blind slaves to raw emotional anger.

During War of the Spark, Angrath, Captain of Chaos, Angrath was not leading the charge with Bolas against Ravnica. He was actually taking control of the Eternals and leading siege toward Bolas. Now, he did not care what stood in his path - be it living or inanimate, if you stood between he and Bolas, it was destroyed. But, during WAR, Angrath was actually on the good side. ;)

Pirates Live to Pillage and Plunder

I run him in a similar deck and find his passive great for pushing damage through. He also provides another amass trigger.

I'm thinking of using this deck to modify mine. Amass and Overwhelm if you want to check it out.

ProximaNova this deck it's orzhov! In the maybeboard there is Angrath, Captain of Chaos,it is also red but playable with two black mana,but it's not in the deck at the moment. What do you think of the deck? If you want, look at my other decks too and tell me what you think ^^