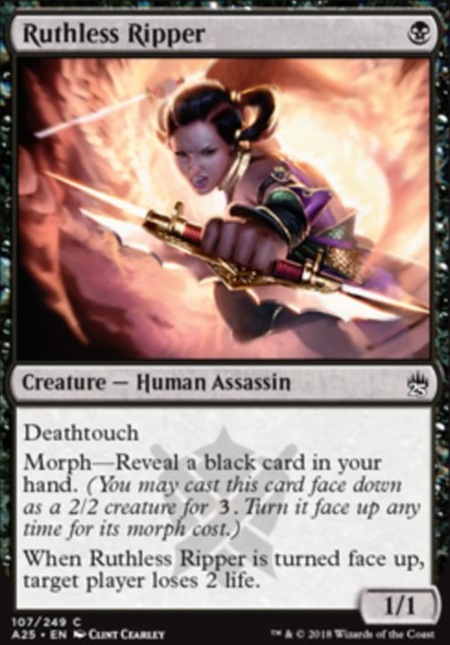 MorphâReveal a black card in your hand. (You may cast this card face down as a 2/2 creature for . Turn if face up at any time for its morph cost.) 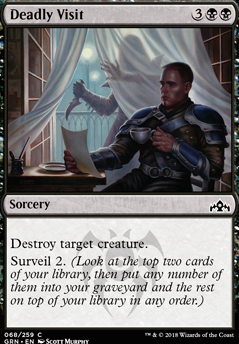 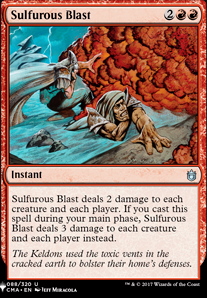 kiku, stop hitting yourself
by snakekill321 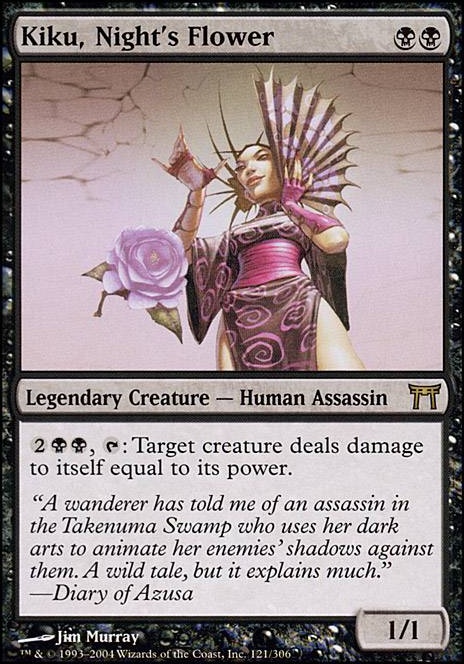 Soylent Black is PEOPLE!!!
by Gattison 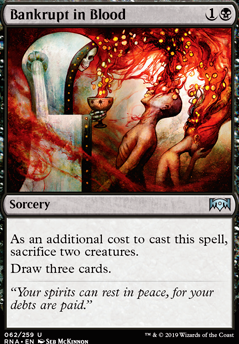 Gifted Aetherborn should be main, Blacklance Paragon . in place of hired poisoner, if you want it to be a 1 drop, add Ruthless Ripper or Vampire of the Dire Moon .

Hey there! Sorry for the delay. I looked through a ton of black cards, and then have done a bit of playtesting myself. Below is the list I have been refining towards all night.

I agree with your assessment of Bloodline Keeper — awesome card! but not as good in this deck.

In my playtests, I found that I actually didn't need very much card draw. The Priest gave me a little, which was enough. So I completely removed Mask of Memory for more synergistic effects.

This list generally "goes off" turn 6 - 8 and wins straight away.

Torment of Hailfire is an amazing finisher if you have lots of mana but are stalled out otherwise. You don't want more than 1x of it, especially since you can tutor for it if need be.

Collective Brutality proved to be one of the best additions to the deck. Early on, you can activate its third mode to help get Ascension counters. Once Ascension is activated, then its discard mode gets the Ascension trigger. It also can kill a creature, triggering all of your death synergy. It's just so flexible!

I cut Grave Pact down to 3 copies, just because it has a higher CMC and you really don't need more than 1 in play (maybe 2 if going against a deck that "goes wide"). Considering you have 4 tutors, this means you basically have 7 copies of it, so you're nearly guaranteed to be able to get it.

I like the addition of Undercity Informer , but he has no stacking effect and doesn't have to tap, so having more than one in play isn't helpful. He also feels like a mid- to late-game play, when you have the extra mana and creatures to sac them all and finish off an opponent.

Geralf's Messenger did some major work in this deck. Absolutely loved getting him. I considered even upping him to 4x. I'm not as in love with Qarsi Sadist , but I was also never disappointed to draw him, as the Exploit sac outlet provided another means to put a counter on Ascension, as well as trigger any Artists or Grave Pacts I may have in play.

I was looking at Ruthless Ripper because I think it's very important to get Ascension online as quickly as possible, which means being able to make the opponent lose 2+ life during his turn, not just during yours. Currently, the only instant-speed option is Priest of Forgotten Gods (or an Undercity Informer if you have a Geralf's Messenger with no counter on it or 2+ Artists out). The Ripper provides another instant-speed option that doesn't rely on having another card out. But other than that, there's not any other synergy with the deck. I haven't playtested it, though.

I was considering Syphon Life just for its Retrace ability, which can help in mana flood situations, late game if things are stalling, etc. I haven't playtested it, but again, other than its repeatability (which gives you card advantage), it doesn't do multiple things like Collective Brutality or Qarsi Sadist does.

I would try out a 1x of Smothering Abomination just to give the deck reach if the game goes long. I like the idea of card draw that doesn't drain you life. Since many of your creature deaths will be due to sacrifice, it's almost as effective as Dark Prophecy . And while it costs 1 mana more, it also gives you another creature. Even its downside of forced sacrifice isn't that bad, since you can turn it off at any time by sac-ing itself to its own ability.

How did you end up with 4x Hired Poisoner and 0 Ruthless Ripper ?

Do you just like Hired's picture that much better, or what?