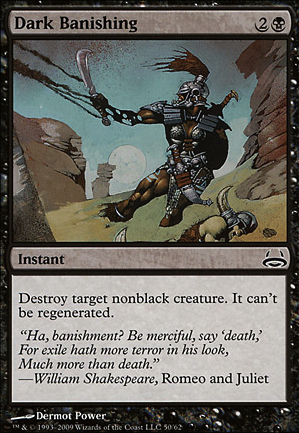 The shadow of Rath
by Arthurshepard80 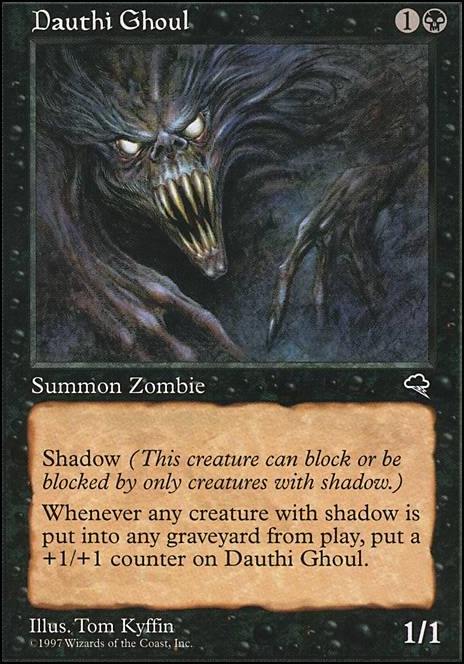 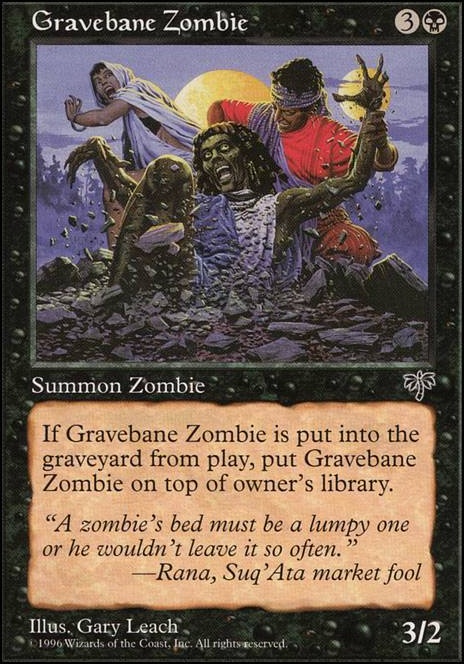 The 2x Doom Blade has been downgraded into 2x Hand of Death. 2x Eviscerate has been added. In general, I'm slowing down the speed of black's removal to avoid feels-bad turns when Green attempts to resolve a fatty only to get blown out in tempo because black left open two mana. However, I added more removal overall because I gave green massive upgrades in both speed (It has dorks now! A lot of them in fact!) and to the power of its finishers. I'm carefully watching the balance for now and if necessary I will add the Doom Blades back as 2x Dark Banishing.

I am a big fan of NN Thomas' post MTG artwork, which includes both prints and resin figures. Interestingly, her style is drastically different for her own pieces than when she was working for Wizards. She still has some notable card art, including Drought, Underground River, and Aysen Crusader.

Anguished Unmaking has always been a favourite of mine. You can really tell how much pain Sorin is in as he destroys his creation.

I could do without the zombies in Endless Ranks of the Dead, but the stained glass window is gorgeous.

I'm not sure this is feasable. Doom Blade, for example, is better than Hand of Death, Cradle to Grave, Dark Banishing, Terror, etc.

Hey there. Prepare for a wall of text, as I think you're on to something here but could benefit a lot from some additional information.

As I have been building and playing with a Demon deck for a few years now, and my group is transitioning from casual Legacy to Modern, I have a ton of suggestions, but I will try to keep them moderately priced, assuming you are operating on a budget.

The main reason that Demons aren't played by a wide array of people is that they cannot efficiently operate without mana acceleration. Your idea is to go the sacrificing route, but in its current form that is quite inconsistent, as there aren't many demons that you can push out quickly.

I see two main avenues you could go in order to push out Demons fairly quickly and with more consistency, and without having to play weak-ass creatures (That's not the point of a demon deck after all). Outside of Modern it would be considerably easier, but lets go the Modern route.

The problem in modern is, that most mana acceleration engines are banned. Currently you don't have too many choices in this department and they rely on creature spells, which are prone to removal.