The next time a source of your choice would deal damage to you this turn, prevent that damage. If damage is prevented this way, Deflecting Palm deals that much damage to that source's controller.

Deflecting Palm occurrence in decks from the last year 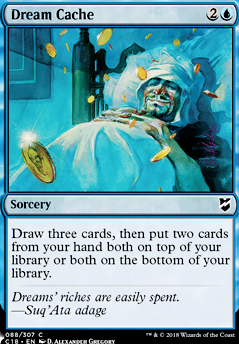 Long May She Reign - Pillowfort Sunforger
by Hamroids

Hm. I don't think attacking on other player's turns is a change that couldn't be introduced, but there are effects that redirect damage, or prevent it all together, i.e Deflecting Palm or the classic Fog that already exist, so a card based in this area of thought could far more likely be printed!

That being said, I think it's time for some....

On the alleyways of Ravnica, justice isn't always distributed by the guilds. Sometimes, it's delivered personally. -Agrus Kos, Wojek Veteran

I was expecting cards like Deflecting Palm and Boros Fury-Shield from the "Stop Hitting Yourself".

I'm loving the Ant. It puts a lot of pressure on the other players in the same way the "Tempt" spells do. It often has the effect of everyone feels like they need to utilise the counters if anyone else does. If players are slamming down strong creatures then this just makes them stronger and more comfortable with attacking.

Its in my deck's game plan to deal with massive creatures (Backlash, Deflecting Palm, Word of Seizing, as well as the number of fogs I run) but that is less likely to be the case with my opponents' decks. I think even if the creature wasn't goaded it still would discourage attacks as who wants to trade their beefy monster for a Vampire of the Dire Moon or Gifted Aetherborn?

StopShot on what are sideboard cards against ...

[...]Following her years of mystic and martial arts training under Dragonlord Ojutai, Narset has the ability to nullify magic used against her as well as intensify the magic of others.[...]

For representation of these powers on cards besides her planeswalker cards see Deflecting Palm, Narset's Reversal, Channeled Force. I hope that helped.

An interesting fact that I recently learned os that Narset is meant to be autistic (well, on the high-performing end of the spectrum, obviously). If she ever gets an actual novel, I really do hope WotC manages to properly represent that, and doesn't just go with the clichees.

Profet93 Thanks for the suggestions! This is still a W.I.P as i've not had the chance to play it yet. And yeah, my meta is huge on dorks and heavy aggro styles. And the idea behind the deck isn't to directly remove their threats but rather let them all play it out - just redirect it away from me and perhaps even kill them with their own massive swings with effects like Deflecting Palm!