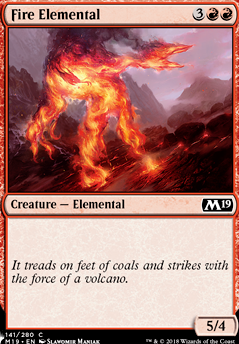 Gattison on This One Card Game I â¦

Great idea! A way to play Magic AND battle the terrors of Cthulhu at the same time would be awesome. =D

Here are some thoughts:

In order to keep everyone from playing 5c goodstuff, what if you used a pile of 25 basic lands to represent your sanity? You would have to decide how many of each basic land type to put in your "sanity pile." Instead of drawing from it, you could just dig through it for the mana/sanity (manity/sana?) you need, but once you spend it, that's it. It would be exiled/removed from game, and you now have less sanity left, and less color variety to choose from.

And now for a bit of flavor-brainstorming: So instead of a planeswalker, in this game you'd play as an Investigator, of course. I like the idea of being allowed one companion (meaning creature) at a time. So then maybe if you're playing a human investigator, if you play any creature type except human, cat, dog or horse (or something like that) you'd lose a sanity/life point per turn, or maybe just when you cast it? Because if you're fighting Chtulhu or Dagon or something, you wouldn't summon a Fire Elemental, or a hydra or anything like that. And I would say just pretend that any anthropomorphic cats are just regular "cats," just to keep things simple. If you go with the idea at all.

First of all, i like your deck and the Elmental Tribal! :)

But what do you think about two Omnath, Locus of the Roil for Boreal Elemental and Fire Elemental? You can kill your opponent or at least control the board with his firs Etb effect. The second abillity is very good against some grindy matchups and give you a lot of card and +1/+1 Counter advantage.

Omnath has a very good synergistic with Risen Reef and Scampering Scorcher. Also i would put more Risen Reef in your deck. Chandra's Spitfire doesn't seams that strong in general, sure it can be very huge but you need to jump through some loops to make creature worth it and with only 3 nocombat damage cards it will be a 1/3 Vanilla creature for 3 mana nearly all the time.

3x Ferocity of the Wilds

2x Omnath, Locus of the Roil

Have fun and good luck for your next games! :)

When ~ enters the battlefield or attacks, you may destroy target artifact

Ben Tennison doesn't summon the aliens, he becomes them. If I were going to design him as a card...

When ~ enters the battlefield, you may search your library for up to 10 alien creatures, exile them, and shuffle your library.

During your upkeep, choose an alien creature exiled by ~. ~ becomes a copy of that creature until your next upkeep.

And then, I would create an artifact card representing the Omnatrix, which would be an equipment that did the same thing.

Sorry, I watched the hell out of Ben Ten when my kids were young. I'm kind of a fan...

Anyway, continue with the aliens.