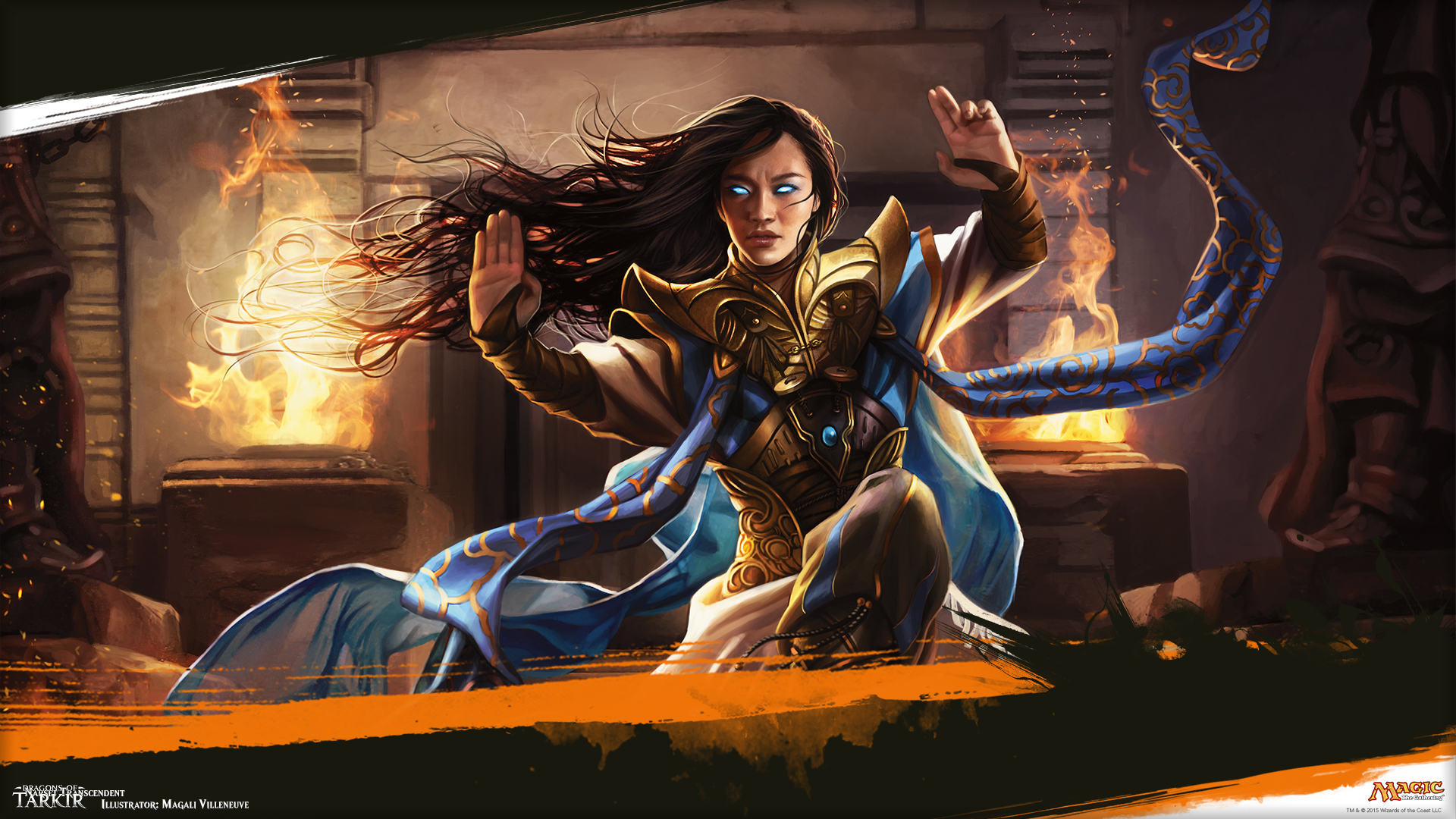 Typical Control playstyle; control the battlefield with wipe/sweep effects like Supreme Verdict alongside countermagic and spot removal. The value engine of the deck is Snapcaster Mage for spell recursion and Fact or Fiction. Dragonlord Ojutai is the a chosen finisher for its evasion/protection and card advantage.

This is a deck aimed at doing well at a FNM/Local sanctioned play; for higher tier inspiration check out MTG Top 8.

Out of all the different color combinations to choose from when playing control in Modern, why choose Jeskai? The main advantage of Jeskai lies in its versatility and ability to switch gears in the middle of an ongoing game. This is primarily because of jeskai's powerful burn suite of Lightning Bolt effects. Although removal spells like Path to Exile, Fatal Push and Terminate are less conditional removal than burn, choosing the desired amount to run can be difficult due to how wide the Modern metagame tends to be; with a removal suite wide enough to battle Modern aggro decks, you will be left with a large amount of dead draws in creaturelight matchups, and might even find yourself with too few cards to side in postboard. Jeskai on the other hand can turn those dead removal spells into a clock, and suddenly change from a controlling position into the aggressor; "end of turn, bolt snap bolt" followed by an attack puts your opponent 8 life points lower seemingly out of nowhere.

This is just generic goodstuff/answers for a variety of different decks; nothing very specific or Meta dependent in mind.