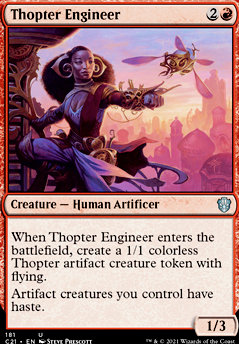 Artifact creatures you control have haste. (They can attack and as soon as they come under your control.) 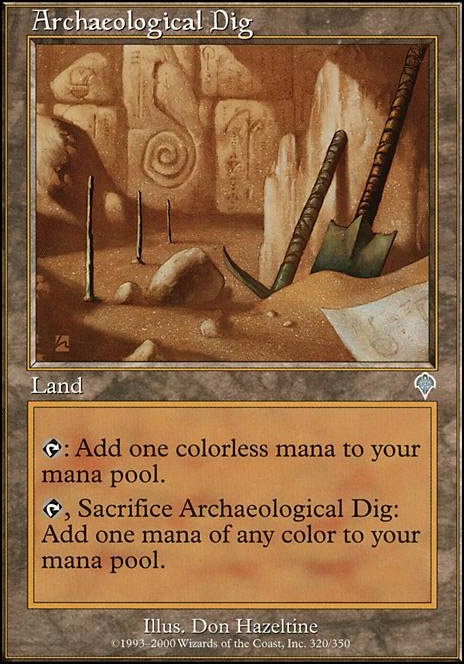 RambIe on What is the best card â¦

Minds Aglow would be my choice

doesn't meet the one card requirement but Eldrazi Displacer + any etb would get the job done
Some Examples: Goblin Chainwhirler,Ayara, First of Locthwain,Thopter Engineer,Thought-Knot Seer,Gilded Drake

DeathBySprnkles on If a permanent becomes a â¦

I probably already know the answers but just want to be sure.

1.) If a creature is already on the field and is changed into another, for example, a myr token being changed by Brudiclad, Telchor Engineer to a copy of Thopter Engineer due to Splinter Twin or Flameshadow Conjuring , would the effect go off making new thopters?

2.) If a permanent becomes an artifact like using Liquimetal Coating , would Reckless Fireweaver deal damage from the new artifact? 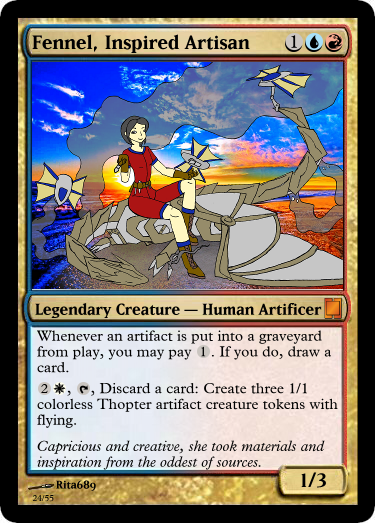 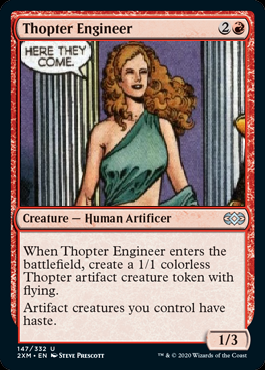