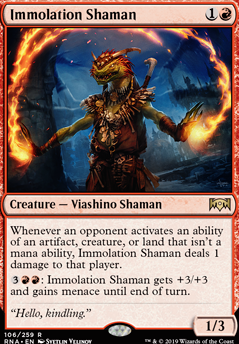 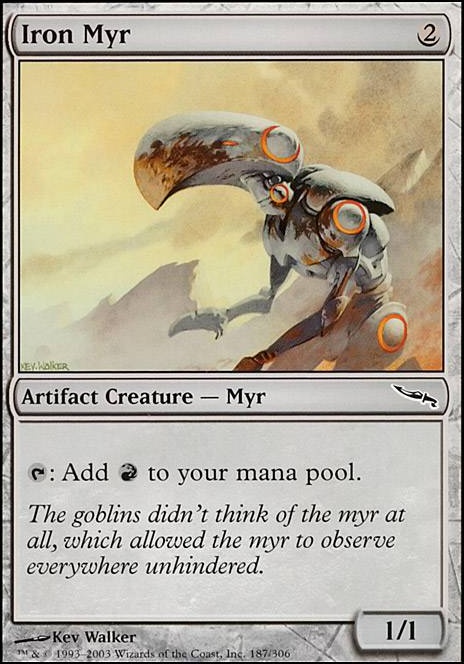 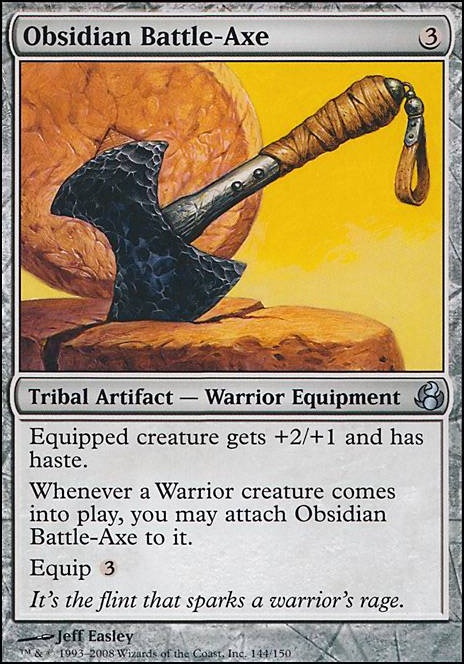 I get your point, but cutting 3 cards shouldn't affect you effectivity to much, with more ramp you also have more mana, which means you can activate grenzo more often. if you dont want to play the rocks, you should atleast consider: Iron Myr, Leaden Myr, Plague Myr or Manakin/Millikin.

Made some adjustments. Removed Cryptic Trilobite, Akki Underminer, and Chandra's Pyreling. Moved Irencrag Feat and Ruthless Invasion to the maybeboard, and added War Cadence and Magus of the Moon to it as well. Added Bomat Courier, Bag of Holding, Flameblade Adept, Iron Myr, Manakin, and Priest of Urabrask to the main desk.

Ultimately Brash Taunter requires a certain playstyle that I don't think Subira wants. It is an excellent card for a deck like Torbran, Thane of Red Fell but Subira needs that 5 mana to play 3 other cards instead of one that requires some attention.

As far as ramp goes, I've liked the idea of stuff like the different Myr creatures like Iron Myr, Gold Myr, Palladium Myr, etc. Non-humans that can tap for mana.

As for card draw..... I personally haven't figured it out. Maybe Mask of Memory? You don't want too many equipment that bog the deck down. Maybe stuff like Light Up the Stage? I'm not sure. It's stuff like this that makes me wish we had stuff like Azra Oddsmaker and Oakhame Adversary in Boros colors.

Sure thing Patolea! Don't feel like you have to respond to every suggestion haha, I enjoy just putting ideas out there.

I have to disagree with your assessment of dorks though. I think this deck is a glass cannon aggro strategy no matter how you slice it. With that in mind, it is actually a liability to run something like Fellwar Stone over Iron Myr. Mana dorks, once they've served the purpose of getting Winota out faster, can then serve the purpose of dealing significant additional damage via triggering Winota. This is something rocks can't do. I think rather than slow yourself down for fear of boardwipes, it'd be better to go all-in and maximize fast damage output. Just make your first target the opponent who is most likely to boardwipe. They can't wipe you if they're dead!