As long as your devotion to green is less than five, Nylea isn't a creature.

Titania, Voice of the Earth
by Jack-Frost

Nylea, Keen-Eyed great cost reducer and doubles as a mana sink/digger if you need it.

Thanks for the additional suggestions seshiro_of_the_orochi. I should've guessed Green is your jam based off the username lol.

I gotta say, Battle Mammoth is one of those cards I keep forgetting about with the deluge of stuff we've gotten this year. Also hard to believe that Kaldheim dropped earlier this spring lol.

Your Goreclaw deck looks great! When I first got into EDH about 2.5 years ago, I tried taking a crack at Mono-G then. I ended up with an even more disjointed Goodstuff green deck than what I have here. I tried Goreclaw, then Yeva, then Nylea, Keen-Eyed at the helm. I didn't really know what I wanted, so I took that deck apart and used it to fuel the Green Goodness in some of my subsequent decks.

Goreclaw, Terror of Qal Sisma and Nylea, Keen-Eyed send their regards and ask if they can play with you guys.

On a side note, I'm really wondering if I should add Tarrasque to my Goreclaw deck.

(Hitmonchan). Hitmonchan's passive ability in the pokemon games is Keen Eye so I thought she'd be fitting for Nylea, Keen-Eyed 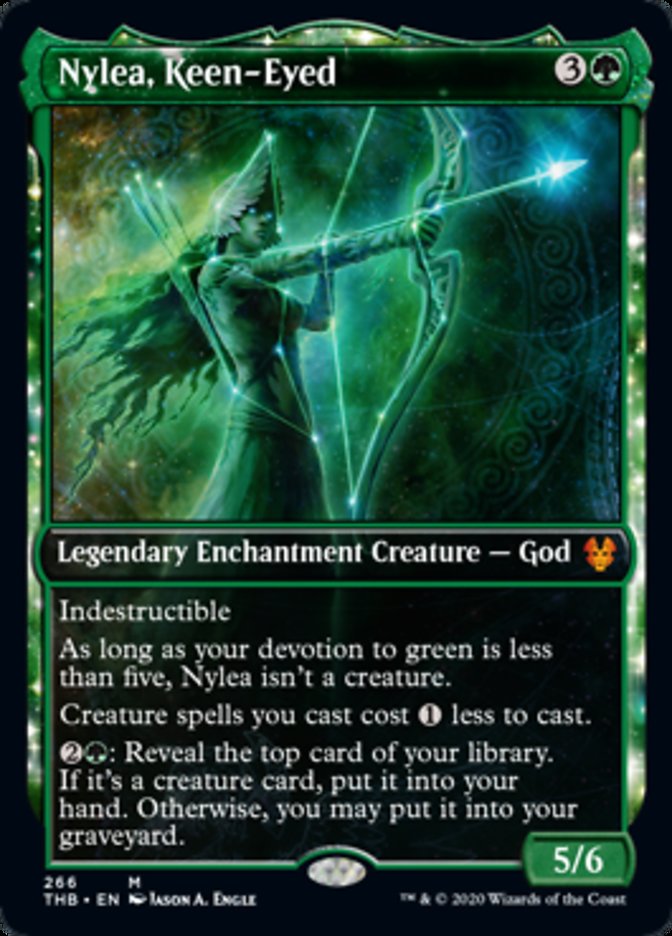 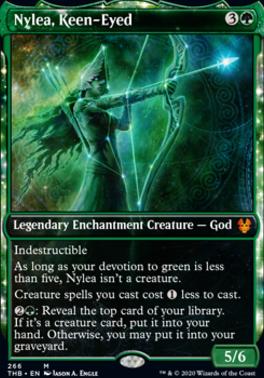 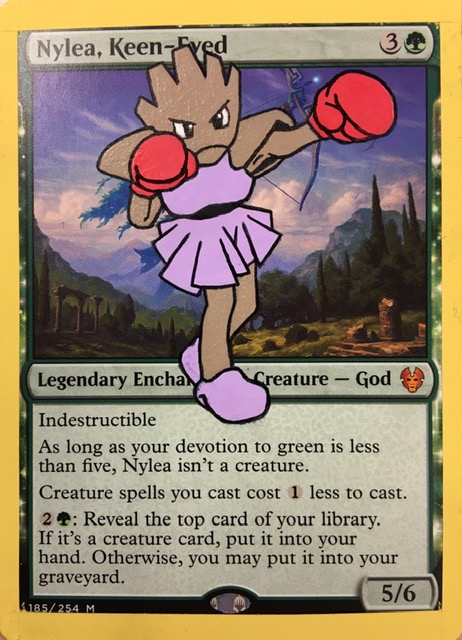