Cumulative upkeep-Add (Red) to your mana pool. (At the beginning of your upkeep, put an age counter on this permanent, then sacrifice it unless you pay its upkeep cost for each age counter on it.)

Raised from the Depths
by artontherun 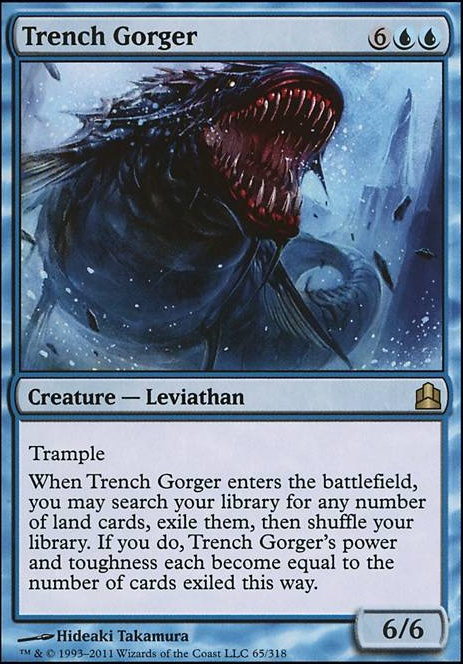 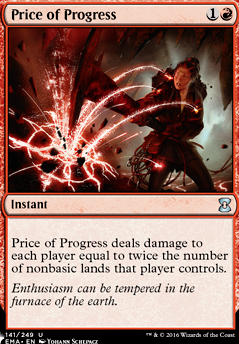 until only ashes remain
by Gacier42

Since you mentioned mana burn, there is of course Yurlok of Scorch Thrash. There are a lot of ways to abuse his ability with your own cards (I especially like Blinkmoth Urn and Belbe, Corrupted Observer with Yurlok). But there are a lot of cards that could be donated to add to his destructiveness. Braid of Fire and Black Market come to mind, but I know there's more stuff that forces you to add a ton of mana.

Also, my all-time favorite donate move is Illusions of Grandeur.

In the case of Rampage, I've always thought it could've been a decent mechanic without the "beyond the first" clause. It can be a pseudo evasion because it might discourage blocking.

On Cumulative Upkeep - I think Braid of Fire has its uses in some rouge combo decks.

Hello! Thanks for repsonding!

Wouldn't Braid of Fire function just like untapping a land? Don't understand why I would lose my mana after I draw a card since that's after untapping. In all of the games I've played, we always untap lands then draw. So why would I lose mana from my untapped lands? And, Braid of Fire function upon upkeep, which is in-between draw and untap. So why would that mana not be usable?!

Braid of Fire does hardly anything for you here. This is because Mana empties at the end of each & every step and phase. In this case it's only good for casting Instants and other Cumulative costs during your Upkeep..

What are some useful aikido cards that i could use? Perhaps Hallow? Is Harsh Mentor a good card? I think that activating abilities is common? Braid of Fire is amazing for ramp. I'm really looking for straight up draw cards that are within boros manabase. Best thing i could find was Risk Factor; Useful as a damage card early on, and a draw card whenever the opponent is lower on health.