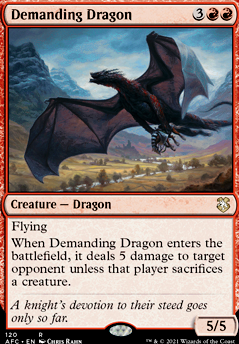 When this enters the battlefield, this deals 5 damage to target opponent unless that player sacrifices a creature. 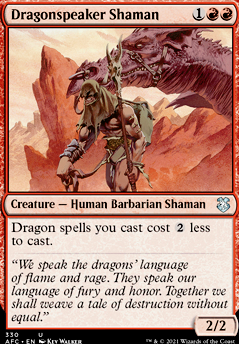 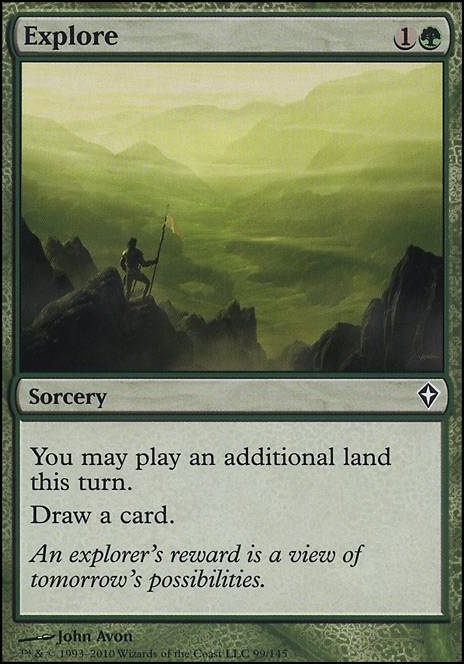 Reign of Fire
by Eldrazititan88 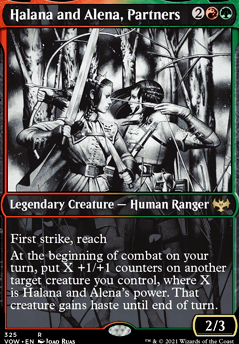 wallisface Thanks, I really appreciate your insight. I thought about it, I'm gonna lower mana cost overall and keep only Demanding Dragon and add Primordial Hydra as a "maybe expensive, maybe not" card, Dragonlord's Servant is a card I will still buy since I do have a proper dragon deck which I want to further use, but I'll keep it in the Maybeboard for this one. As of now this is still going to be changed regularly I believe, since I'm also talking about this with friends and trying to see what they think about it. I'm trying to make it a bit more consistent all around, and round up the rough edges. Vexing Devil is a card I have seen before but I completely forgot about it, I think it has a good standing in this deck. I might also tweak the amount of red spells and add Shock or Lightning Strike for a bit more damage, as you recommended.

Hey, well done so far with your version of Klauth.

You have Old Gnawbone, by adding Hellkite Charger then you have an infinite attacks combo that with Klauth can be infinite mana of any colors. Charger could replace Demanding Dragon. I'm a big fan of including green's excellent recursion. Cards that can recur any one card from your graveyard are helpful.

Seasons Past is nice with Klauth's ability along with other Dragons to make a lot of mana to cast the cards you recur. Past and Witness could replace Shamanic Revelation and Explosive Vegetation.

wallisface, I originally had thought about putting 24 Lands onto it, which I modified right before Deckcycling, I might have to reconsider it or go with some of my red-green deck cards, which does have mana ramp. I might just lower the cost over-all of the cards and keep the 4x Demanding Dragon, take off 4x Dragonlord's Servant, and replace Hellkite Overlord and Charnelhoard Wurm for some other less costy creatures, since the whole point of this deck is to play around Extirpate and Dash Hopes mostly, and I'll probably add Terminate too.

Dragonlord's Servant : Pretty straightforward, helps ramp into all your dragons.

Demanding Dragon : I think this is a good contender for adult gold dragon's spot, since they both have immediate board impact but this one's a 5/5 instead of a 4/3. (adult gold dragon dies to Dragon's Rage Channeler ;-;)

Thundermaw Hellkite : Classic dragon powerhouse. Might be better in the sideboard, but still great against any deck with flying creatures. Beats up fairies, good against spirits, and delver+drc+murktide decks.

Terror of the Peaks : A great card, but might not be as good here since it's pretty slow and has no immediate board impact. Overpriced as well.

Dragon Tempest : Also helps speed up your gameplan by making all your dragons hasty, and wipes the opponents board at the same time.