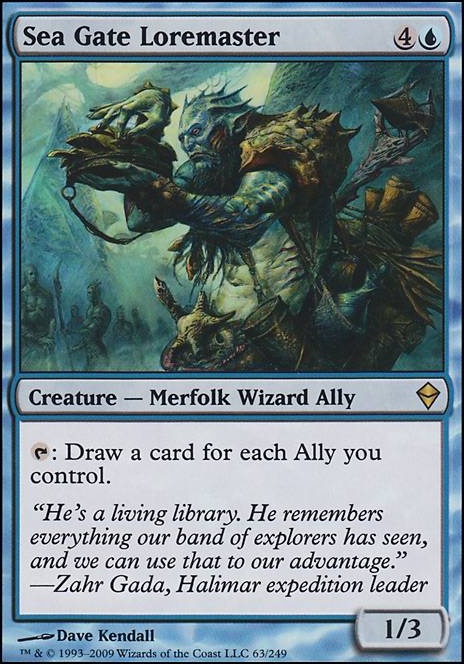 Tap: Draw a card for each Ally you control. 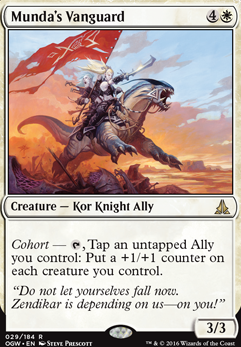 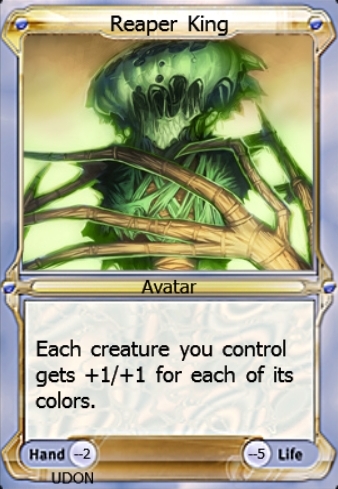 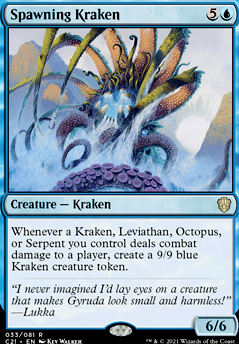 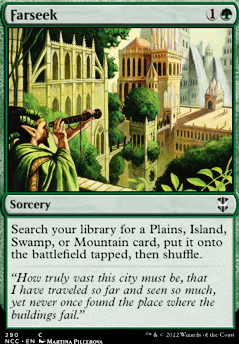 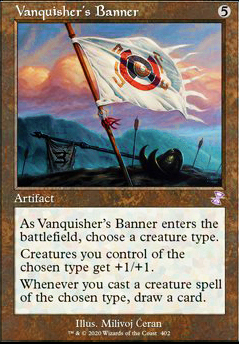 Panharmonicon may seem amazing here at first glance, but there are a lot of ETBs it doesn't mesh with: Seascape Aerialist, for instance. There are 6 ETB effect allies it has zero synergy with. That said, I may consider a Teleportation Circle or similar instead of it.. although, it certainly makes for more explosive turns if that's your goal. And even if there are 6 ETBs it doesn't mesh with, there are a few more it does combo nicely with, so.

You could add some more low end ramp like Nature's Lore, Farseek, Birds of Paradise and Deathrite Shaman to help out your curve. You also don't need 3 wraths in the deck - it's not a control deck. your primary stragety is beatdown so unless you have Hero of Goma Fada down it hurts you. For the same blowout effect, Cyclonic Rift does the same but is more versatile in a lot of ways.

You don't need Door of Destinies, Coat of Arms and Obelisk of Urd. I would cut Coat for more card advantage like Phyrexian Arena - you currnetly are leaning very heavily on Sea Gate Loremaster ofr your card advantage and that can be quite risky. 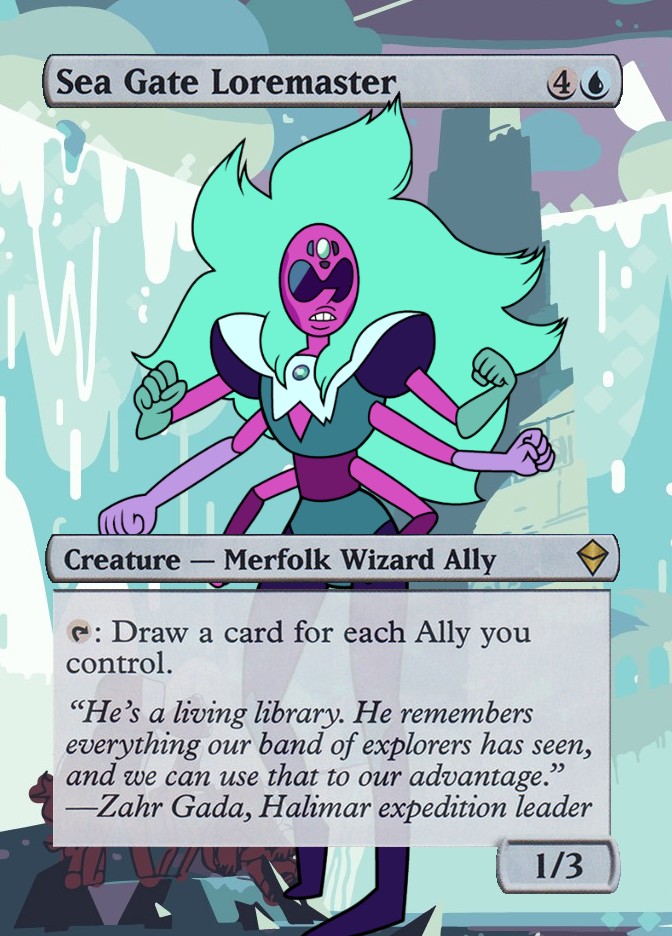