Three Sapphics in the Woods *PRIMER*
by TheOfficialCreator 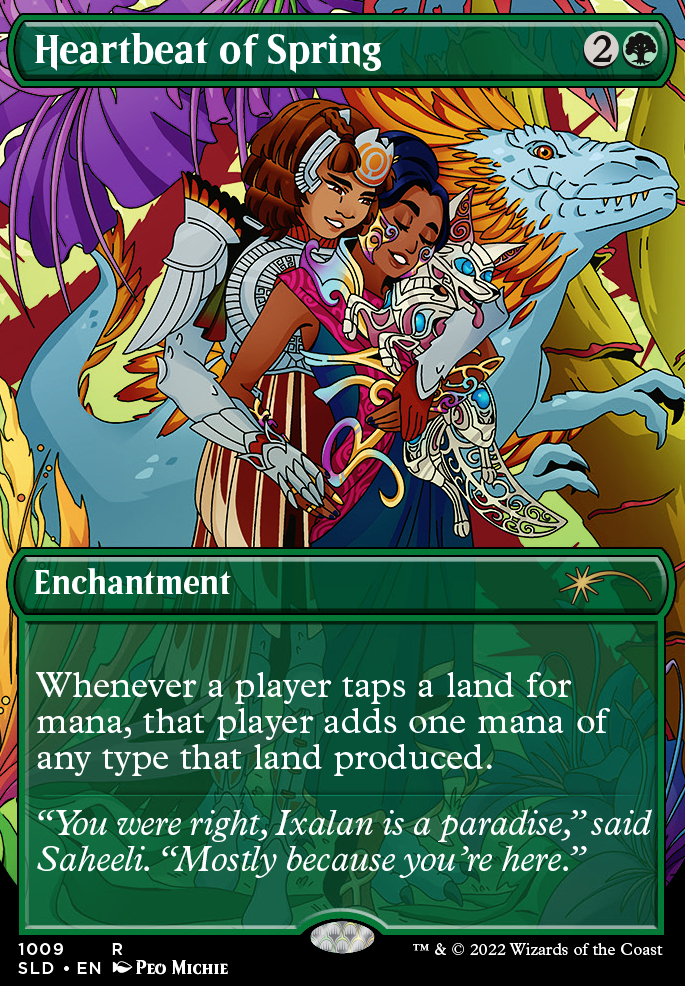 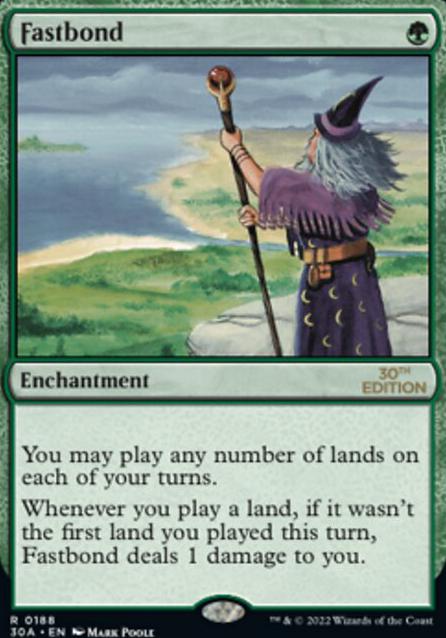 Guttural Response vs Veil of Summer is a meta decision for people that contend with nonsense like Gifts Ungiven/Cryptic Command/Archmage's Charm... its more narrow of a card choice but because its a sideboard card when its brought in the hybrid mana of can enable the deck to still make aggressive plays while still having appropriate mana available to cast if applicable. I think for a lot of people Veil of summer is probably a better/more rounded choice though and I should definitely mention it and explain this in the primer.

Pelt Collector is another great option that I neglected to mention in my deck description which I will update later on. It feels so so so good to open with and would probably say it is generally a better choice than Kytheon, Hero of Akros Â Flip; which frankly is a "win more" card when not just being a fancy Elite Vanguard. My only complaint about the card is that it can feel bad to topdeck but otherwise its outstanding!

also unsure why Guttural Response? Is being able to cast it off a basic mountain (and I guess protection from something like an overloaded Cyclonic Rift or an Aetherspouts..) worth using it over Veil of Summer?

also unsure why Guttural Response... Is being able to cast it off a basic mountain worth using it over Veil of Summer?

Generally the kind of decks that want to run expensive high value creatures will have other ways of protecting them (like Allosaurus Shepherd or Veil of Summer) which generally do more work than Savage Summoning. Additionally, a large number of counterspells that get played in cEDH don't hit creatures to begin with, since people are going for low cost spells. And if you have access to counterspells, you have a way of protecting your stuff that doubles as a way of shutting down an opponent.

As for Seedtime, you need to have during your turn and have an opponent play a blue spell (presumably counter your stuff) before you can take an extra turn. I know it's only 2 mana but the fact that you can play it generally means your plan A has been disrupted and so it just untaps your stuff and draws you a card, and if you want to do that then there are much better cards to be running. Basically put, the variance is too high with too low of a floor.

I've been out of modern for a very long time, so I'm not as keen on some of the current strats out there. That said, I've been very interested in doing one of the modern tournaments at my LGS. My thought was turn an old favorite standard deck of mine that was hugely successful back in the day, and tune it for modern.

That deck is this one: Gruul's Closet - A Primer ... it's not as fast as yours, as it's more mid-rangey, and obviously adds red.

But I'm really interested in your deck, as it's right up my alley and feels like a deck I would build myself!

Can you tell me what the fetch lands are for? Is it just to thin your deck of land in hopes of drawing more creatures in the mid-game?

Another question I have is what would you suggest as the best substitutes for cards in the sideboard that are more than $6? The Collector Ouphe, Endurance, and Veil of Summer represent about $200 that I would not be able to justify to run the deck. I'm sure I could find some subs myself, but in your experience if those cards did not exist and cost was an issue, what would you run to support your deck? 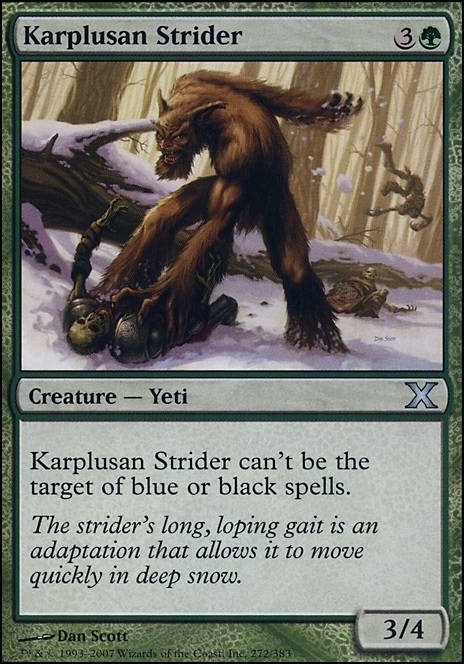 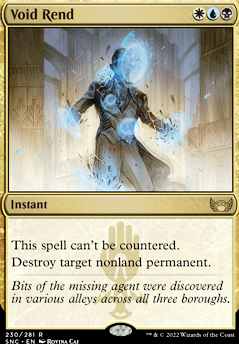 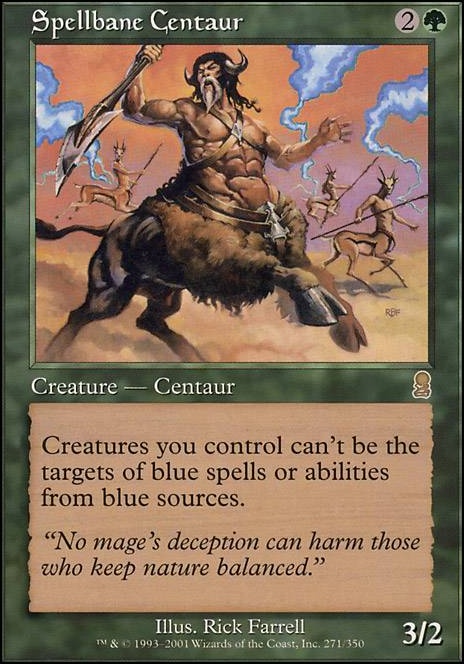 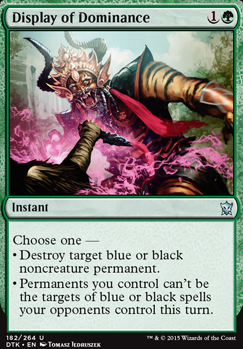 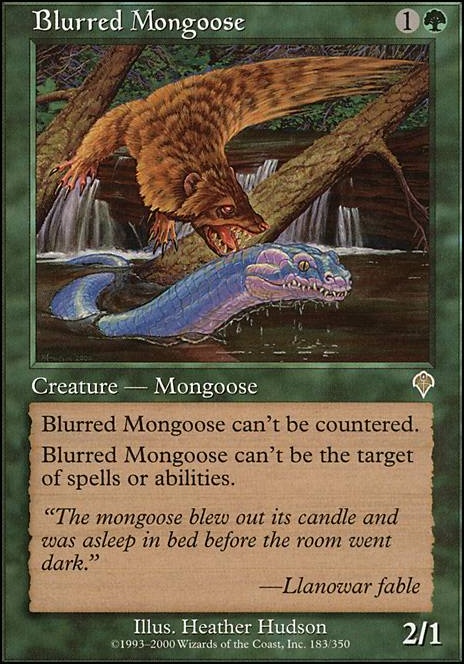 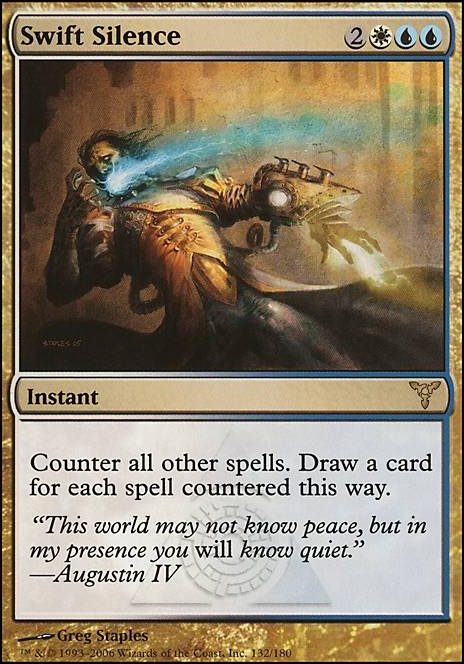 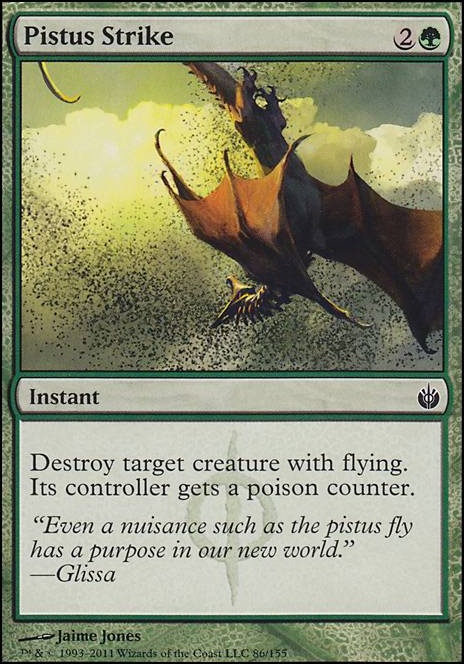 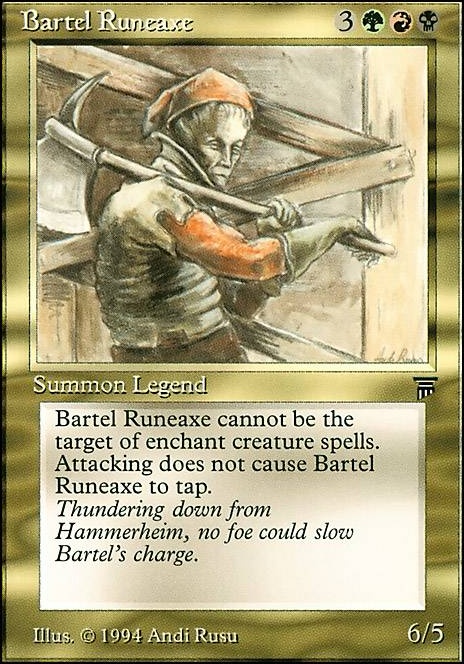 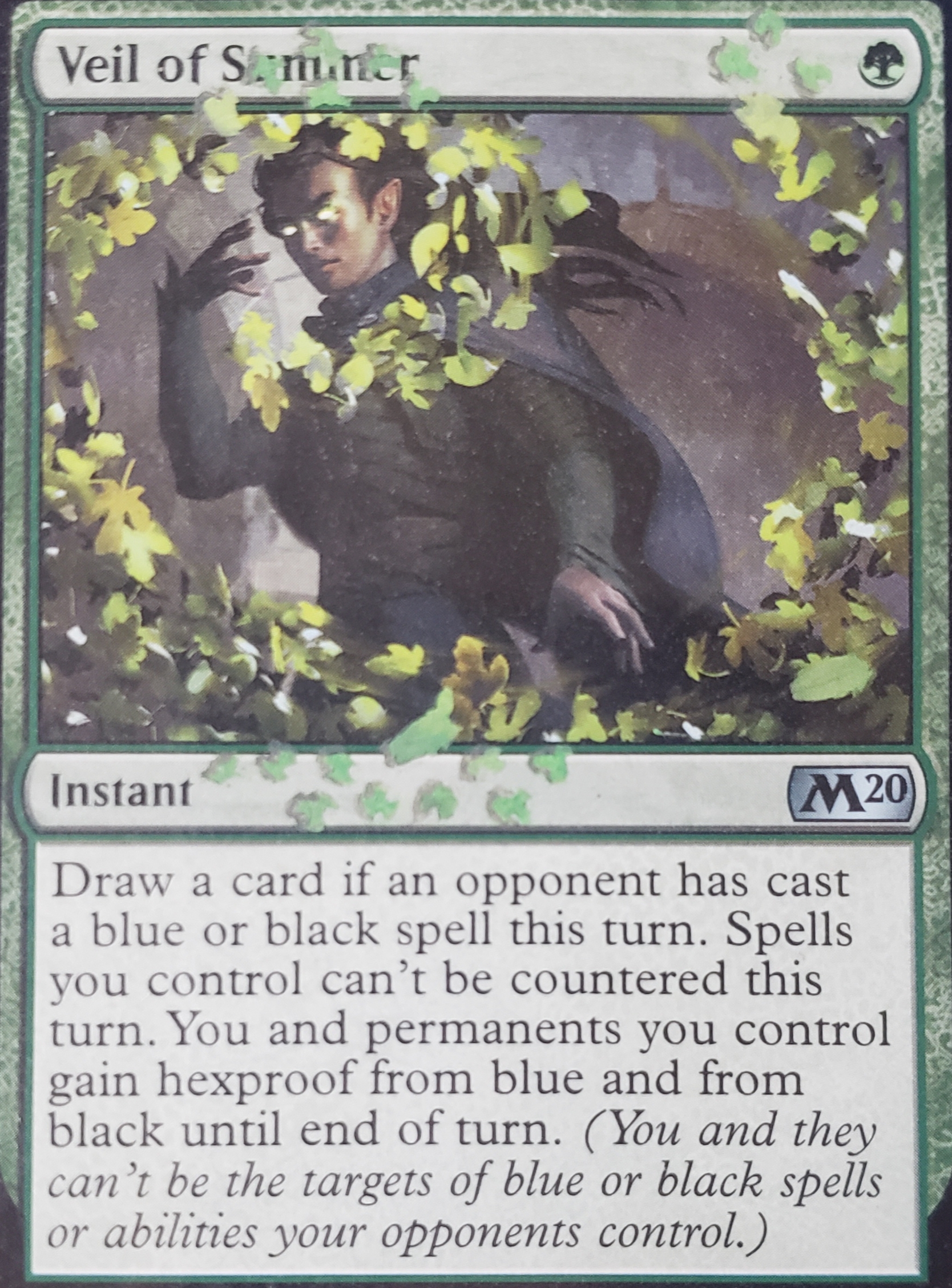 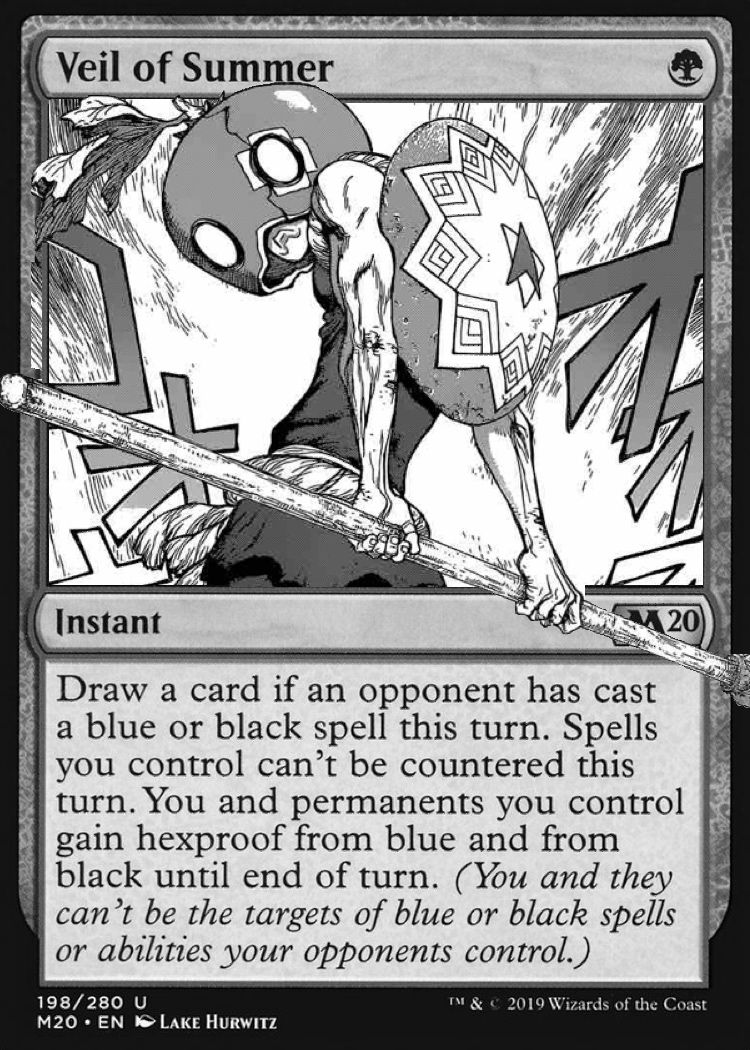 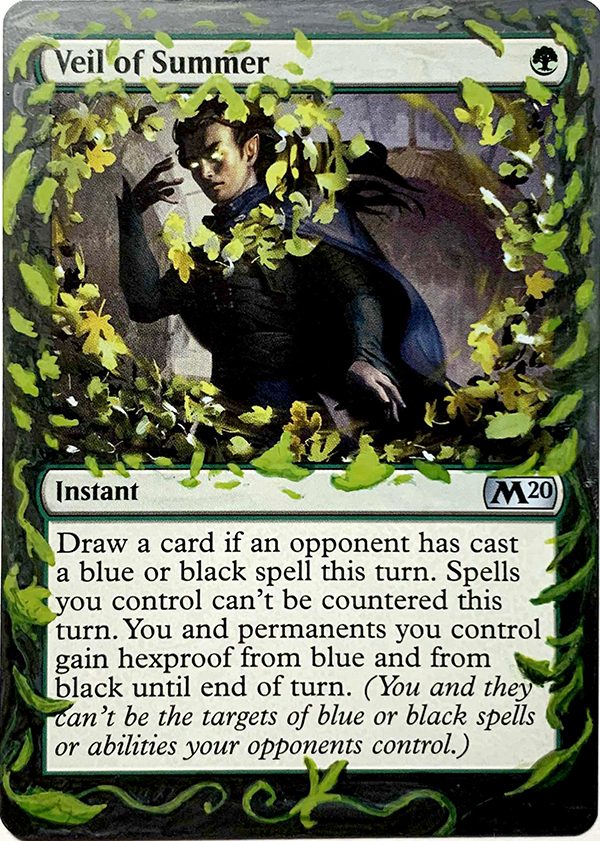