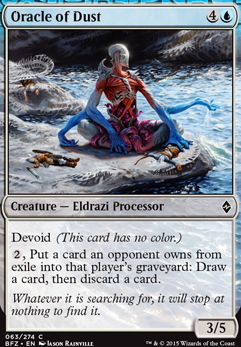 , Put a card an opponent owns from exile into that player's graveyard: Draw a card, then discard a card.

...Ingestice for All
by Gattison 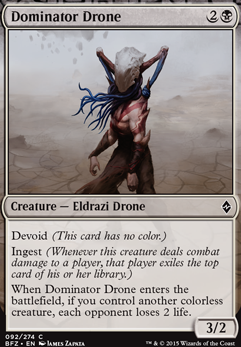 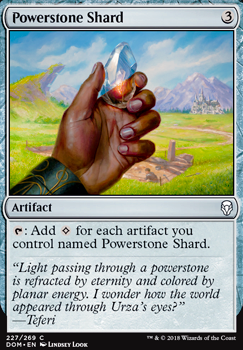 RicketyEng on Responding to madness triggers

I was thinking about madness and how it is a combination of two abilities. The first is a static ability which replaces a normal discard action by sending the card to exile instead. The second is a triggered ability to allow you to cast the card from exile once it has been discarded.

Then I got to thinking about whether there would be many meaningful ways to interact with that card before the triggered ability resolves. That is, interact with it while it is still in exile before it has been cast.

My initial thought is an eldrazi processor. Are there any other meaningful ways to interact with madness cards in this way? Does processing a card like this indeed prevent a player from having the option of casting it? I believe it does.

What is the interaction between Oracle of Dust and Murk Strider? Is it only if your opponents have something in exile?

I would recommend Oracle of Dust. It lets you get multiple copies of your opponent's cards with The Scarab God, or anything that exiles stuff from your opponents graveyards for fun and profit.

Animate Dead, Necromancy, and Copy Enchantment might be kewl here. Also, eldrazi processors like Murk Strider and Oracle of Dust have a neat synergy with Astral Slide.