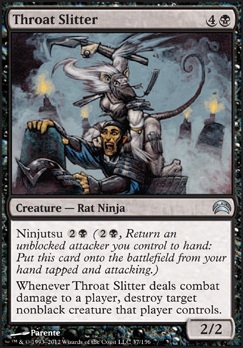 Ninjutsu (, Return an unblocked attacker you control to hand: Put this card into play from your hand tapped and attacking.)

Throat Slitter is a good one, great removal right there.