As long as Adanto Vanguard is attacking, it gets +2/+0.

Death, Taxes, and Eldrazi
by OB_47 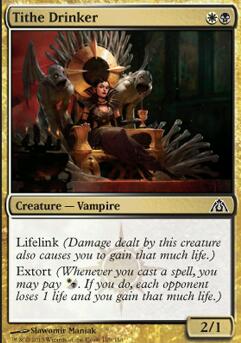 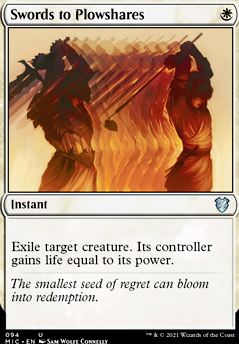 At first I thought "Never. Paying life breaks white's color pie identity." Even though the lines have been sufficiently blurred beyond all recognition, some of us cling to the shreds of tradition that yet remain, however tattered they may be.

But then I remembered one of my favorite creatures to pile mutate creatures onto, Adanto Vanguard. White damn vampires. There's probably actually a bunch of mono-white that pays life for effects these days.

Y'all don't understand. My inner child is weeping.

Whenever a creature enters the battlefield under your control, you gain 1 life

Pay 5 life: Return target creature card from your graveyard to your hand

Cast that enchantment and Adanto Vanguard , pass turn, opponents end step before your turn if you still have 40 life pay 4 life 10 times, in response to your immediate death cast Stunning Reversal . Your upkeep trigger win con.

See above. -> Make a card that would make Adanto Vanguard players happy

It grants forever the powers one gains.

As an additional cost to cast this spell, pay X life and remove X counters from cards you own

Search your library for up to four creatures with converted mana costs X or less, and put them onto the battlefield under your control

Make a card that would make Adanto Vanguard players happy