The Mimeoplasm: Survival of the Fattest Like everyone, I was excited when the first 5 official Commander decks were released. I checked out the decklists often and there was one in particular that kept piquing my interest; Devour for Power. I've always been a fan of graveyard shenanigans + reanimate style of play and The Mimeoplasm just seemed like it would be a blast to throw down. And it is.

My deck started out like it's supposed to - Mill myself or get my own creatures in the graveyard in order to Mimeo up a formidable beast. And with cards like Buried Alive , Entomb , Jarad's Orders & Survival of the Fittest + whatever happens to be in my own graveyard for Mimeo snacks, that's still a factor. But you know what's more fun than reanimating your own creatures to kill your opponents with? Reanimating theirs & killing them with their own cards. Mimeo'ing up someone's Iona, Shield of Emeria is a thing of beauty.

And lo, milling and douchebaggery spread throughout the land. I've added a substantial mill theme and have had some success with it. It's rare that I actually mill someone out, but that's not really the point - it's all about fodder for Mimeo. Teaming up this deck alongside a Mirko Vosk, Mind Drinker or Phenax, God of Deception deck in two-headed giant battles is just hilarious.

I've enjoyed tinkering with this deck over the years (arguably my most tinkered with deck) and I'm definitely not sick of playing it yet. 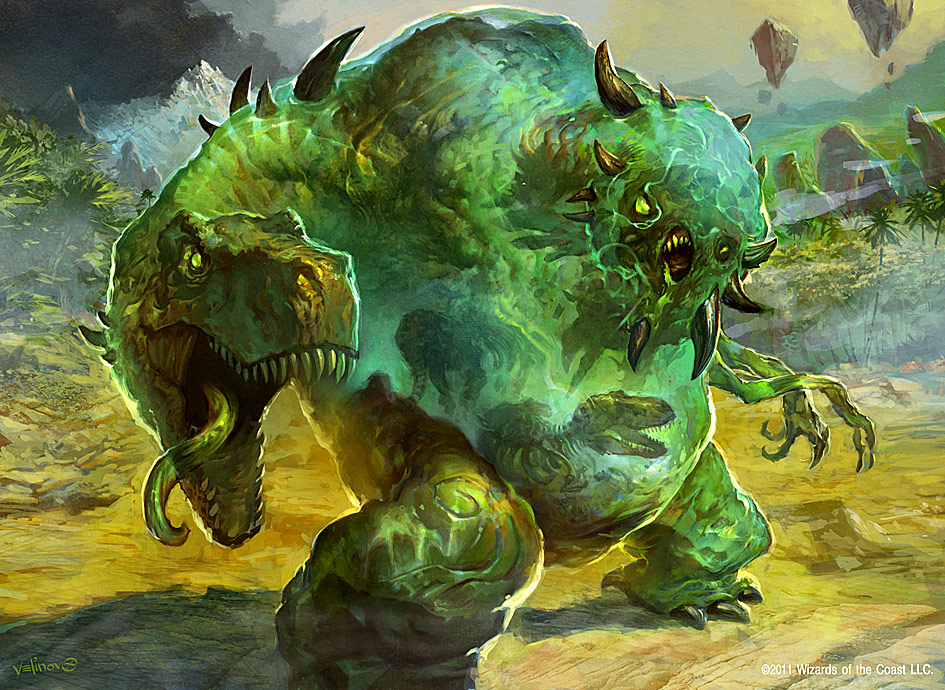 Doing a little January 1st cleanup and archiving the comments.