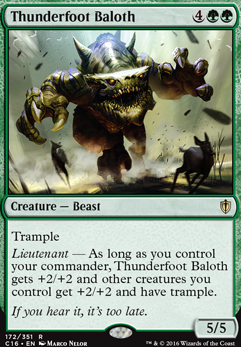 Thunderfoot Baloth occurrence in decks from the last year

Atraxa [Infect] | Hymn of the Phyrexians'
by Ellein

Ezuri, Claw of Progress
by Theozzfan 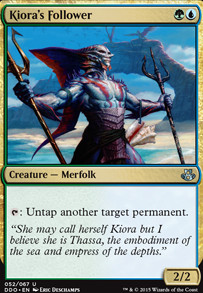 Fierce Empath might be worth adding as well as Thunderfoot Baloth

The last March of the Ents