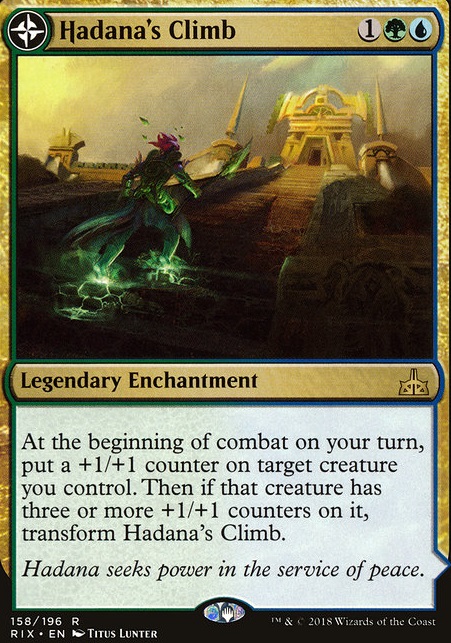 At the beginning of combat on your turn, put a +1/+1 counter on target creature you control. Then if that creature has three or more +1/+1 counters on it, transform Hadana's Climb. 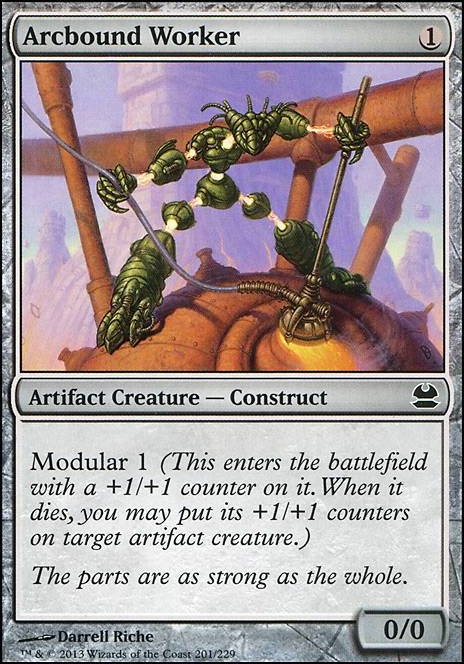 It looks like you could utilize Torpor Orb without much drawback to your deck aside from Dockside Extortionist - who is worth it anyway, just play it first. It's a great card to include in decks if you aren't harmed by it; helps shut down Korvold and Lab Man/Oracle lines. If you prefer it to be a creature you can run Hushbringer instead; more interactable but also stifles death triggers. I'd probably cut Hadana's Climb Â Flip for it. GLHF!

Found a bug where Flip cards are not actually transforming. Much like what TypicalTimmy found with Nicol Bolas, the Ravager Â Flip, Hadana's Climb Â Flip and Elbrus, the Binding Blade Â Flip would not show the other side of the card (Binding blade would gain a power/toughness)

found a similar issue when looking into it where Hadana's Climb Â Flip doesn't actually show up with the "transform" keyword when attempting to sort it by such. This is in both live edit and the shared deck list.