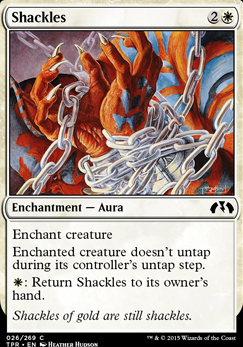 : Return Shackles to its owner's hand. 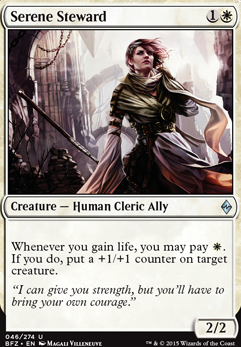 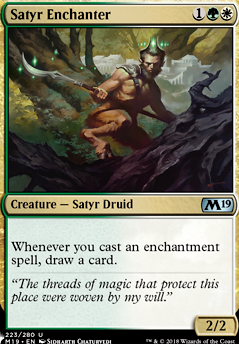 Aristocrats, but with Auras
by alkymyst 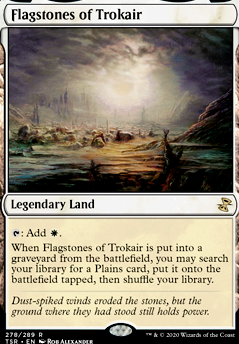 Hello you could add Mesa Enchantress for your Shackles and Forced Worship and Curse of the Forsaken for life, Custodi Soulbinders can get huge and stomp the competition, Tamiyo's Journal and Trading Post for value, End Hostilities or Call for Unity or Abzan Battle Priest or Abzan Falconer and Ainok Bond-Kin and Armory of Iroas and Feat of Resistance and Rootborn Defenses and Phyrexian Rebirth and Hallowed Burial and Absolute Grace and Always Watching and Angelic Benediction and Angelic Exaltation . Good luck

Perpetual on I Want a Commander That â¦

I've found Sram, Senior Edificer as commander with Puresteel Paladin, Mesa Enchantress, and Kor Spiritdancer to be a fairly reliable full hand. It helps to use self-bouncing auras like Conviction and Shackles.

Looking for help with a budget enchantment focused Bant control deck helmed by a lesser seen elder dragon. Trying to keep it round the $50 dollar mark so currently no Opalescence or Propaganda.

Managed to get a Sol Ring and Ghostly Prison in under budget along with a Sun Titan. Basic plan is to control the board with wraths and prison effects and then assemble a token/draw engine.

There's a few little combos like Sakura-Tribe Elder + Sigil of the New Dawn and Flickering Ward or Shackles with Sigil of the Empty Throne or Eidolon of Blossoms.

Interested if people have any other thoughts on the balance of the deck. Loads of stuff in the maybe board. Have tried to ensure there's enough balance between draw, wraths and removal and prison effects.